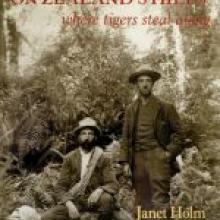 Janet Holm's On Zealand's Hills: where tigers steal along (Steele Roberts, hbk, $44.99) is a delightful collection of essays which describe the times, lives and achievements of 15 of the 19th century's many thousands of Pakeha arrivals.

Some of the subjects are familiar, among them Alfred Domett, Mary Taylor, James McKerrow and Donald Sutherland.

Others are perhaps less so, among them William Curling Young, Charles Hopewell and Mabel Chudleigh.

Some settled in New Zealand, some departed for other places, some gained a public presence, others lived their lives in relative obscurity, but all contributed to the shaping of the colony.

Through the lives of her subjects Holm offers some new and refreshing perspectives on New Zealand's past: William Curling Young and the efforts of the newly arrived to gain a footing in the new colony; the literary aspirations of one-time premier Alfred Domett; the efforts of William Mein Smith to facilitate the establishment of Wellington; Mary Taylor and her plans for the emancipation of women; Tom Arnold and his hopes for liberal and non-sectarian education; James McKerrow and his exploration and surveying of Otago; and Alexander McKay and his remarkable contribution to the understanding of New Zealand's geology.

Perhaps the most poignant stories are those of "Piggery Charlie", or Charles Hopewell, who, as a 22-year-old arrived in 1859 and fossicked for gold until he settled at Franz Josef in 1899, and where he died in 1919; and of Mabel Chudleigh, the diminutive wife of Edward, who endured years of isolation on the Chatham Islands.

On Zealand's Hills is well-written and attractively presented.

Although the author describes it as a collection of folk tales rather than a history, nevertheless it opens some interesting windows on this country's richly diverse past. 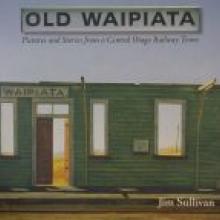 A candidate for capital of the region, Waipiata lost out to Ranfurly but it soon had most of the amenities of such a centre.

It became known as the site of a sanatorium and later a Justice Department youth centre.

The closure of these facilities and of the Central Otago Railway was a setback; however, the institution of the rail trail has helped the local infrastructure.

In an attractive format, Old Waipiata has many quality photographs and tells some of the tales of days past in the author's very readable style. 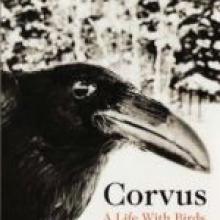 Most of those versed in avian taxonomy will be aware that crows are members of the family Corvidae and are not chickens.

However, the principal character in Corvus, A life with birds, by Esther Woolfson (Granta, pbk, $39.99), is Chicken and Chicken happens to be a crow.

Crows are members of the genus Corvus, hence the title.

I might add that dogs, rats and rabbits in addition to doves, cockatiels, an eastern rosella, canaries, a magpie, pigeons and a starling are part of this delightfully written story in a Durrelian style.

The presence of Chicken in the house is explained to friends as being like a very small black Labrador.

Only those who have loved black labs will fully understand. 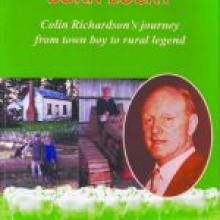 The title of the life story of West Otago farmer and agro-politician Colin Richardson, published by his family and written by former Otago Daily Times farm editor John Stirling, is Born Lucky ($25, pbk), but the narrative is testimony to the fact that in large measure Richardson made his own luck.

Love of things rural, hard work, openness to new ideas and determination to succeed saw town boy Richardson begin with a raw West Otago block in 1956 and, through faith in his own ability, willingness to take financial risks and good farming practice, accumulate 10 sheep farms and thousands of stock units.

Admittedly, he had a small kick-start from his first farm employer, Jim Paterson, of Gimmerburn, but faced much larger hurdles than many who gained their start by taking over a family farm.

The book also details Richardson's not inconsiderable contribution to farmer and community organisations: Federated Farmers, PPCS, the Otago Harbour Board and Otago Regional Council, among others; and makes a feature of his speech at Invermay in 1986 when he confronted prime minister David Lange with his views on the Labour government's treatment of farmers during those difficult times.