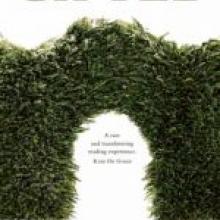 "Gifted is a work of fiction" - this message has a page to itself following the title and dedications pages in Patrick Evans' third novel, an identification underlining the subtitle in smaller type on the title page, "A Novel by . . ."

Such anxiety about genre is one result of the postmodern blurring of the line between fiction and non-fiction evident in the past 20 years as non-fiction has taken on some of the characteristics of fiction and vice versa.

From the non-fiction end of the spectrum, writers in the biographical genres (biography, autobiography, memoir, travel writing) as Fergus Barrowman, Gifted's publisher, notes, increasingly "use all kinds of novelist techniques.

They select, they flavour, and from the shapeless form of someone's life they construct a narrative".

Kathleen Jones's recent biography of Katherine Mansfield would be a good example.

From the fiction end of the spectrum, novelists have increasingly made named real-life characters as protagonists in their fiction, rather than as background figures (as, say, Napoleon or Kutuzov in War and Peace).

A recent example would be C. K. Stead's Mansfield.

Writers from either side of the divide might encounter difficulties if they cross rather than blur the dividing line.

Lloyd Jones' Biografi was first marketed in 1993 as "a highly original travel book", but some critics were indignant when they discovered that the character at the centre of this "true adventure story" was in fact fictional (or "a metaphor" as Jones later said).

But if the book is read as a novel incorporating elements of a travel book, it can be seen as a very good one.

Stead in his career has shown the range of ways in which the fiction writer can use elements of real people in fictional characters (and can himself be used by other writers).

Unflattering pictures of fictional characters who recognisably incorporate some aspects of Stead appeared in Janet Frame's short story, "The Triumph of Poetry" (1963) and Maurice Shadbolt's novel Among the Cinders (1965), and he returned the compliment with fictional characters recognisably incorporating aspects of Frame and Frank Sargeson in All Visitors Ashore (1984), causing some stir.

While Stead's novel did not depend on recognition of the models, it took on an additional dimension for New Zealand readers who made the connection.

In Mansfield, on the other hand, he explicitly made the protagonist the real person and was careful to invent only where there were "gaps in the record" that he could fill or "exploit", as he explained.

In My Name was Judas his procedure was similar, except that there was much more to invent for almost all of Judas' life took place in the "gaps".

Both he saw as historical novels.

Evans in Gifted, as the relationship of Frame and Sargeson in 1955-56 has clearly become part of New Zealand literary history, could also be seen as writing a historical novel, but whereas Mansfield died in 1923 and John Middleton Murry in 1957, Sargeson died in 1982 and Frame in 2004, so for Frame especially there are bound to be friends and relatives who might be sensitive as to how she is fictionalised.

Evans has in a sense defused this issue by crossing the fiction/non-fiction line more boldly. He is not filling the gaps while otherwise keeping to known facts, but rather he has not only invented all the secondary characters (except the mostly absent Harry Doyle) but has intentionally contradicted some of the known facts abut Sargeson and Frame while keeping to the main historical situation of Frame living in Sargeson's army hut while she wrote her first novel.

Even that situation he fictionalises, for the Sargeson of the novel is not sure that he has read any of Frame's early stories and does not know about her years of hospitalisation when she comes to stay, and only gradually recognises both her precarious life situation and her genius as a writer.

On the other hand, the historical Sargeson reviewed The Lagoon in the Listener and welcomed Frame as "one more light to help diminish the vast region of darkness by which we are all surrounded", wrote to her in hospital and attempted to visit her, and approached her sister, June Gordon, with an offer for her to live in the army hut and write.

Evans might have used the known historical facts of the Sargeson-Frame relationship and filled the gaps with invention, perhaps invention to embody some of the doubtful biographical speculations he implies in some of his essays on Frame.

Instead, he hints only briefly at those matters and focuses instead on two interrelated themes that his invention of a Sargeson only gradually learning of Frame's situation and genius allows him to develop.

The Sargeson of the novel, when he learns of Frame's hospitalisation, at first fears that she might harm herself or him, but he also learns of what Evans has called Frame's "particular attitude to language" that is "at the centre of her work" ("That is what the book is about"), argues with it as different from his own realist assumptions but finally comes to be influenced by it (it will become, he senses, the key to the "brave new world of words" of "the sumptuous but idiosyncratic triumph" of his later style) and to see that it is part of what Evans has called "The most intriguing mind" of a truly gifted, imaginative person who has suffered for her differences from the New Zealand norm.

Weaving in and out of the primary narrative strand of Sargeson's growing understanding of Frame's imagination and way of saying and being is the secondary strand of his relationship with Harry Doyle, what Margo White in the Listener has called the "love story that Sargeson would never have dared write".

Evans started with the story of a relationship that has been told many times in many ways, by Frame in An Angel at My Table, by Jane Campion in her slightly fictionalised film version, by Michael King in his lives of Sargeson and Frame, by Stead in both fiction and memoir.

He has chosen to tell it from the point of view of Sargeson, looking back a year later (and his capturing of the voice of the later freer and more garrulous Sargeson of the autobiography is a triumph), and he has chosen to fictionalise it while retaining the names of Frame, Sargeson and Doyle.

The resultant book will present readers with some problems, for they will need either to put aside anything they know of Frame and Sargeson and simply attend to the convincing fictionalised characters on the page, or they will need to bring a full knowledge of Frame and Sargeson's history to the book and recognise what Evans has accomplished with his fictionalisation of it.

Appropriately, Evans ends the book with a magnificent image of a harrier hawk in the sky, an image that looks back in the book to the verbal puzzle the fictional Frame sets Sargeson - "kind hawk kills", which implies much about her attitude to Harry Doyle and the reasons for it, while at the same time it looks beyond the book to the actual Frame's wonderful passage in Living in the Maniototo about language as "in its widest sense the hawk suspended above eternity, feeding from it but not of its substance and not necessarily for its life and thus never able to be translated into it; only able by a wing movement, so to speak, a cry, a shadow, to hint at what lies beneath it on the untouched, undescribed, almost unknown plain".