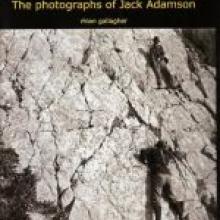 Who was Jack Adamson? asks Rhian Gallagher in the opening sentence of her essay on this pioneering yet little known New Zealand mountaineer and photographer.

Feeling for daylight: The photographs of Jack Adamson tells the story of Adamson, a Mount Cook guide and an early manager of the Hermitage in the 1890s, a time when New Zealand mountaineering was coming into its own.

A man of modest means, Adamson was nevertheless drawn to the then expensive pursuit of photography, skilfully using cumbersome glass-plate cameras on the cloudy ridges of the Southern Alps, the translucent glaciers and the wild valley floors.

His scenic photography is undeniably beautiful but his real talent shows in his images of family life and the characters living or passing through the high country.

The candour and informality of these photographs, rare for this period, leap from the pages well over a century after the shutter clicked.

The South Canterbury Museum and Rhian Gallagher are to be congratulated for bringing Adamson's life and work to a wider audience.

It's a fine tribute to a man whose contribution deserves to be better known.