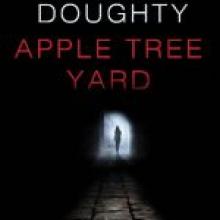 Apple Tree Yard<br><b>Louise Doughty</b><br><i>Faber and Faber</i>
Delving into a book written by an unfamiliar author is always a gamble but Louise Doughty excels in the twists and turns of dangerous liaisons.

In Apple Tree Yard, Doughty concentrates on an intense and short-lived affair between Yvonne Carmichael, a successful academic and one accustomed to the heady feel of adultery, and a mystery man, a stalker it seems.

From the onset, readers become aware something not so happy will happen to Carmichael but such is the skill of Doughty, the depth of betrayal comes as a surprise - when it eventually happens late in the book.

Sex in public is a theme of the book, driven by the lover of Carmichael who thrives on dangerous and passionate meetings in risky venues. Carmichael, and readers, know little about the lover until late in the book, making the psychological thriller even more compelling as a read.

Carmichael's husband also has a little fling and while she is dealing with the aftermath of his explanation and apology, the situation darkens for Carmichael and her family.

Having a secret affair that eventually turns out to be not so secret allows Carmichael to view herself in a light to which she is unaccustomed.

She has to deal with how others see her - attractive, aloof or ''easy''. The book does not end where you expect it to.

In fact, the last few pages complete a complex tale. Lately, the trend to add on an extra chapter has detracted from some otherwise good writing from major writers.

In this case, Doughty draws together the characters, providing a nice twist which will leave readers thinking who really was betrayed.