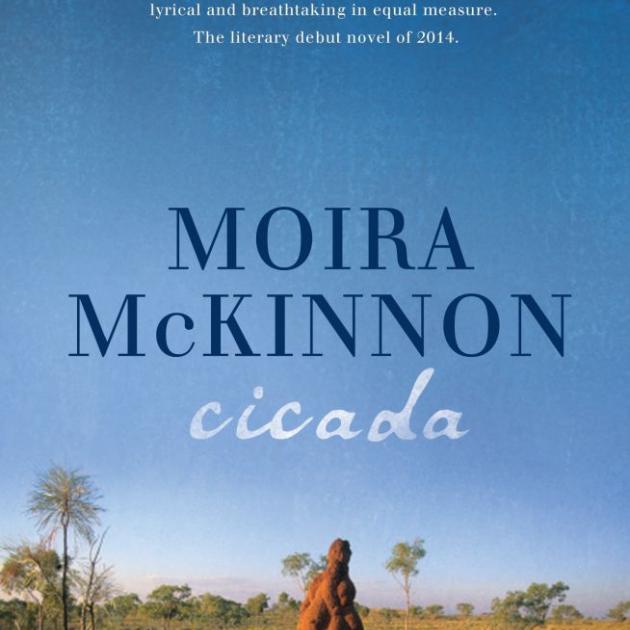 Its crippling heat, the cries of native birds and the smell of sweat, dust and sap-ridden bark infuse every page of Moira McKinnon's novel about survival in the outback.

Shock and shame ripple through the station upon discovery the child is not that of Emily's husband William, but of half-caste Aboriginal station hand Jurulu.

William's impassioned reaction forces Emily and her Aboriginal maid Wirritjil to flee the station with nothing but the clothes on their back and the horses upon which they ride.

Fearing death if found, they push on through the unforgiving environment and manage to stay ahead of the search party sent after them. Wirritjil uses her indigenous knowledge to keep them alive, finding water, food and shelter.

Eventually, Emily too proves useful and overcomes her upper-class misgivings about what is at the time considered savage behaviour.

McKinnon peppers her vibrant, descriptive verse with Aboriginal words and phrases, weaving the culture through until it forms the backbone of the book.

She keeps a fast pace and the novel is as much a thriller as it is a poetic appraisal of the Australian landscape.

Each character is thoughtfully fleshed out.

The hateful, violent and deranged William is a lover of Shakespeare and completely besotted with Emily despite her indiscretion.

His illiterate brother Trevor, who goes in search of the women, finds an affinity with the Aboriginal trackers and the demons he harbours from the war are at last quieted in the bush.

Others come undone in the harsh environment.

Idealistic officials are corrupted and eager young men disillusioned by the oppressive heat, the segregated community and the struggle to forge a better future.

McKinnon is not afraid to illustrate dark issues of the era, most notably racism and the beginning of the stolen generation. She gives readers a complete work; one moment jarring and the next soft and sweet.

Cicada is an engaging read from start to finish.