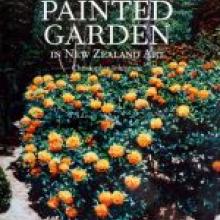 No-one has done this before so it's interesting to see what it reveals.

Johnstone is an old hand at the art historical game and careful to delimit the ground. He makes no claims for garden painting "as a forgotten or unrecognised genre in New Zealand or indeed western art".

Nor is this a "definitive book of or about garden paintings in New Zealand".

The subject may be seen as a sub-genre of landscape painting, although I think what this book shows is that in New Zealand it isn't exactly that.

It seems originally to have been either a personal record, or part of what might be called building or settlement portraiture.

But it transmuted in the 1970s into a form of social commentary.

Why is it that Pat Hanly, Gretchen Albrecht, Alan Pearson, Louise Henderson, Philippa Blair and John Papas made this subject a major theme at that time?

Johnstone canvasses some answers before hazarding his own, which he doesn't claim to have proved: that this was partly the means of a younger generation marking the difference between themselves and earlier pure landscape painters, such as McCahon and Woollaston.

I suspect he's right in part.

The earlier painters used landscape as a token, rather than as a signifier of place, reducing it to the elemental. The later garden painters wanted to use their motif as a token too.

The fact they chose gardens was a way of saying they no longer felt they were strangers in an unoccupied land.

It's also a pleasure to look at delightful paintings familiar and otherwise.

One new to me is H.H. Tombs' June Day, known only from a reproduction.

William Mein Smith's watercolour of Newry is a gem, as is Van der Velden's garden in Tinakori Rd.

I'm sorry there's nothing of George O'Brien's. His watercolour of Gibson Turton's house and garden, or of Walter Guthrie's, would have been excellent additions.

And there is nothing of Joanna Paul's, despite her focus on the subject.

Stead distinguishes Pakeha and Maori art, which in its classic manifestation is distinctive of and exceptional to New Zealand, from which he projects a cultural self-confidence to its post-European forms, doubtfully in my view.

On the other hand, European art in New Zealand he sees as questioning and attempting to discover or assert an identity.

Stead traverses the etymology of "icon" from its special use for a form of Orthodox Christian art, through its more humdrum use for the pictograms on a computer, or applied to buildings representative of other things, in short for images used as symbols, to its extension to people seen as typical or admirable, such as Sir Edmund Hillary.

Stead is looking for works of art which have a comparable additional symbolic role, being reasonably well known and standing for "some basic feeling we have about ourselves" which helps to "define our collective identity".

The frequent reproduction of works helps to establish and verify this role, in Stead's conception.

It seems, then, we are looking for works which are the New Zealand equivalents of John Constable's The Hay Wain or William Turner's The Fighting Temeraire, not only well known and often reproduced but also perceived as epitomising England and Englishness.

I'm not sure Stead achieves this.

Charles Heaphy's 1840 view of Mt Egmont, which might be considered for this role, is here.

But John Buchanan's watercolour of Milford Sound isn't and C.F. Goldie's Tamehana is less plausible than the absent All e Same te Pakeha.

Frances Hodgkins' c.1912 Summer is in but seems doubtful. It is well known but does it epitomise New Zealandness?

But it's difficult to claim they are really very well-known, and how specifically New Zealand are they? One could go on.

There are many good works but I'm not sure they fit the author's definition. Perhaps I misunderstand exactly what he means by "icon".

And perhaps it doesn't matter greatly. 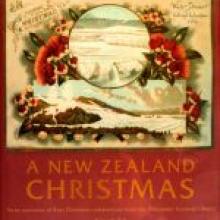 Sarah Ell's A New Zealand Christmas isn't an art book although there's some in it.

It's a compendium of New Zealand Christmas memorabilia from the Alexander Turnbull Library collections.

It reflects European New Zealanders' effort to translate a northern hemisphere festival with its wintry associations to the different season and botany here.

It must have been tempting to make it a more humorous book than it is.

- Peter Entwisle is a Dunedin historian and art curator.