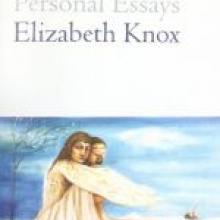 An eclectic collection of essays loosely based on the subject of writing.

The Love School is an eclectic collection of essays loosely based on the subject of writing, written by one of New Zealand's foremost authors over the past 20 years.

To say that Elizabeth Knox has an active imagination would be understating a lifelong commitment to the stories and characters that she and her sisters used to tell and play as children and thankfully never grew out of.

As a student, these games kept going with friends and flatmates joining in and getting equally caught up in the imaginary world.

Each player had their own characters and would play them, put them in the action, live them and breathe them.

In a fabulous scene, three girls and some friends become South American freedom fighters and someone comes home to find them all pretending to be in a plane, talking with odd South American accents.

Writing down these games started just as a way for Knox to keep track of what had been going on.

Later, she realised that these were stories with plots and she took time off from her work to write a book.

The Love School is also about Knox's family.

She is close to her sisters, who not only live with her in the real world but also share her imaginary world. They don't just live in their minds though, as there seems to be a family tradition of being politically active.

One essay tells how Elizabeth and her sister Sarah marched against the Springbok tour and how that affected her and her family who marched that day.

There are many other stories to enjoy in this book.

These are stories about why she writes, how she got into writing, about moving her mother out of the family home, about walking a friend's dog.

Each is as beautifully written as the others, allowing the reader to dip in and out whenever they need a unique view of the world.

Sophie Fern is a teaching fellow at the University of Otago.