Sympathetic portrayal of a people 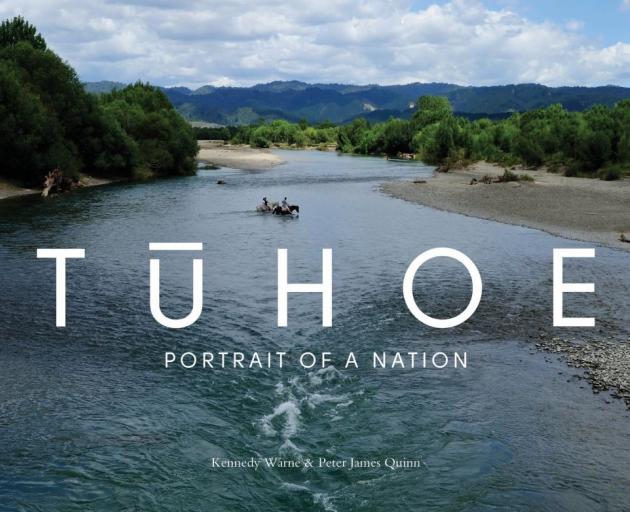 TUHOE: PORTRAIT OF A NATION<br><b>Kennedy Warne and James Peter Quinn</b><br><i>Penguin Books</i>
There's a telling scene at the start of one of Tuhoe's chapters.

''You shot my grandfather. You dug up my potatoes and set fire to my crops. And in 2007 you came and pointed guns at my children. Should I feel happy about that?''

Whether you see this as staunch iwi nationalism or dead-end Northern Ireland or Balkans-style ethnic politics will probably depend on your world-view.

But whatever you think of the opinions of some of the people portrayed in this book, you will see memories are very long in the Urewera, aided, I suspect, as much by geography and topography as by politics.

Unlike Kai Tahu in the Mainland, Tuhoe and their shrunken heartland have been on the edge ever since colonisation. Kennedy Warne's sympathetic text follows the now-familiar stories of resistance, warfare, confiscation and then cynical neglect by central government after roads and rails finally pushed through.

In more recent times, of course, we have all seen and heard about Treaty grievances and the high-profile ''terrorism'' arrests. Although the book gives relatively little coverage to the raids or to Tame Iti, it re-emphasises the importance of whakapapa, history and culture to the region's identity.

Some interviewees, such as Orupe, have returned to the land after rejecting ''the bling-bling of the fast life, the comfortable life'' in the cities. While many subsist on benefits, agriculture or hunting, others are taking new opportunities, guiding tourists on eco-friendly packages or producing honey.

The final chapter ends on a positive note. Earlier this year, iwi negotiators signed a historic agreement with the Crown, bringing final compensation for the colonial confiscations. It will bring cash and co-management of the national park.

It will not necessarily be plain sailing. Warne acknowledges some hapu do not acknowledge the Tuhoe collective's right to negotiate on their behalf. There are also conflicting geographical loyalties. But Tamati Kruger and Tuhoe's other current leaders do have a plan for tribal regeneration that aims to make its members independent of central government within decades.

The real challenge may be globalism. Warne acknowledges that 85% of Tuhoe live elsewhere, ''forced by economic necessity'' to live elsewhere, but that is probably unduly negative. Whatever you make of the politics of the place, there is no question James Peter Quinn's photography has done it proud.

Penguin has published Tuhoe: Portrait of a Nation as an attractive hardback in landscape format. The photographs switch back and forth between images of bush, misty mountains and lakes and pristine streams to people, marae and community ceremonies on the other.

Quinn's images confirm it is a very different country to urban New Zealand. In the Urewera, horses are still a viable form of transport, boys ride motorcycles without wearing helmets and a canny driver keeps his rifle poking out the window, ready for any game animals that blunder into range. It is all a long way from George St.