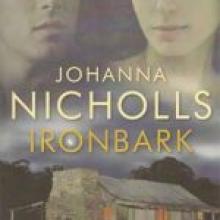 BARK<br><b>Lorrie Moore</b><br><i>Allen & Unwin</i>
Lorrie Moore is probably best known for her short story compilations Self Help and Birds of America, works that have led to her being described as the leading light in the ''new wave'' of short fiction that has proliferated through the many creative writing courses that have sprung up over the past two decades.

Knowing her by reputation only, I picked up her latest collection, Bark, with great interest, only to be disappointed.

Each story presents a ''slice of life'' in which a central pivotal event or crisis and its subsequent resolution is intended to encapsulate in miniature the wider reality of a particular world. It is style I have always associated with Katherine Mansfield (Moore describes The Garden Party as an example of the perfect short story), and the success or failure of such an approach depends strongly on both the reader's emotional reaction to the central characters and the extent to which the conclusion provides suitable closure.

On both counts I was left dissatisfied. It is not the general bleak outlook on life that her characters face that bothered me (Ron Rash, whose writing I love, is at least as dark) so much as my feeling that their problems are trivial compared to those of people outside the intellectual middle class from which most of her characters are drawn.

My response is not helped by the fact that the images in the mirror she holds up are discomfortingly close to home; many stories involve middle-age protagonists at various stages of relationship or marriage breakdown (a potential future I don't want to contemplate), or struggling with the sense of being pretenders to an adult world that they have not quite qualified for.

Nor was I satisfied by her endings, which seemed in many instances to be left untethered or, in the case of Wings, to leap the tracks entirely.

That said, several of the stories lingered with me long after I put the book down, especially Foes, in which a man finds himself completely unmastered by the realisation that the woman with whom he is having a fierce argument about the US response to 9/11 is herself a survivor.

And in her choice of subject and character, Moore's skewering of some of the central absurdities of privileged American (and by extension Western) life is deadly accurate.

People seem to either love or hate her writing, and that I tend toward the latter should not be seen as a condemnation her skill as a writer - I never particularly liked Katherine Mansfield's stories either, despite her universally acknowledged mastery of the form.

Moore fans will undoubtedly love this new collection and those who have not read any of her other work can make up their own minds.