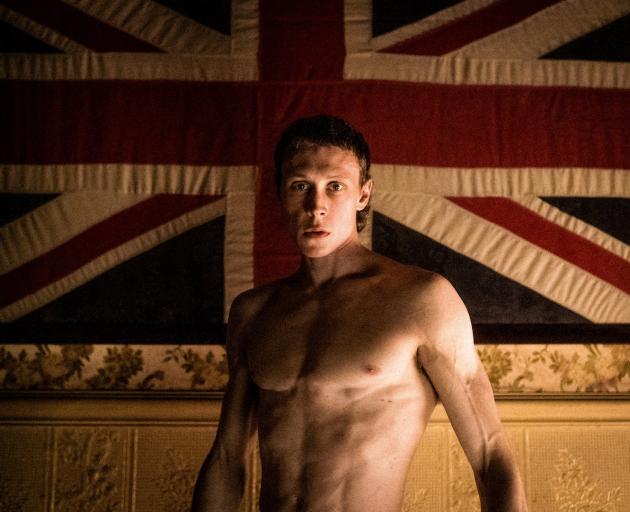 George MacKay as Ned Kelly in True History of the Kelly Gang.PHOTO: NZIFF
Another year, another New Zealand International Film Festival. This one’s a bit different though, being mostly online. However, there are still some screenings taking place at the glorious Regent, so I implore you all to get along ... Here are my essential picks, as always biased and chosen with great care.

TRUE HISTORY OF THE KELLY GANG

Peter Carey’s thought-provoking and highly intelligent novel gets the big-screen treatment, starring, of all people, Russell Crowe, as well as the wonderful George MacKay (1917) as the titular outlaw. Expect a colourful, graffiti-punk aesthetic and full-on widescreen Western shenanigans from outstanding Aussie director Justin Kurzel, who debuted in 2011 with the unwatchably brilliant Snowtown.

If, like me, you loved Pablo Larrain’s Jackie (that film is an absolute stunner), then you will be very excited to see his latest work ... with the always brilliant Gael Garcia Bernal (The Motorcycle Diaries, Y Tu Mama Tambien) in a story of an adoption gone wrong. Larrain’s films are pure class and this should be no exception.

Peter Weir’s all-time classic with Richard Chamberlain as a groovy lawyer caught up in an Aboriginal crime scene in late-’70s Sydney will be a must-see at the Regent ... it’s a weird and beautiful work of art that plays with your mind something wicked ... Weir would go on to bigger things (see Witness as an example), but I don’t think he ever topped this masterpiece. There, I said it ...

Jack London’s 1909 novel becomes a loose Italian adaptation which, I’m guessing, doesn’t live up to the gold standard ... but still, it’s probably worth a gander. The story involves a young writer trying to live the artistic life and that’s good enough for me.

MY EXTRAORDINARY SUMMER WITH TESS

Dutch drama about a 10-year-old boy who falls head-over-heels in love with a girl one-year older than himself — this is the kind of film I can totally get behind, and my goodness can I relate ... we’ve all been there and done that back in the day ... the manic pixie dream girl is a cliche, but one for a reason.

Peter Pan told from Wendy’s point of view ... that’s a great angle but something here reminds me of the disaster that was Spielberg’s Hook. I hope this doesn’t repeat that travesty, but director Benh Zeitlin made Beasts of the Southern Wild a few years back. If you liked that you may enjoy this ...

If nothing else it’s the best-titled film of the festival, another movie from our neighbours across the Tasman, a lesbian rom-com with a supernatural bent. This might not be my cuppa, but your mileage may vary ...

There are a few other films in the online programme that should be worth your while. Check out Kubrick by Kubrick, Leap of Faith: William Friedkin on the Exorcist, and Once Were Brothers: Robbie Robertson and The Band. You can watch them at home in front of the fire.

The full programme is available at www.nziff.co.nz/2020