The rugged landscapes of Central Otago might be a cinematographer’s dream, yet New Zealand writer-director Jackie van Beek has chosen to focus more on the undulations of human relationships in The Inland Road. 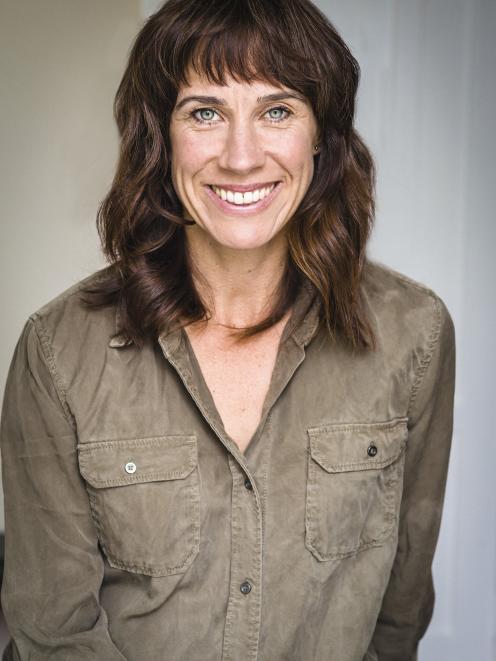 Director Jackie van Beek.
New Zealand audiences might know van Beek for her role as Pauline in Funny Girls, or for her comic performance in What We Do In the Shadows, or for her series of short films. Now, she has turned her attention to a heartfelt rumination on home, family and the comfort of strangers. Her feature-length debut opens with a teenage Maori girl, Tia (Gloria Popata), hitching a ride on an isolated country road. When the car crashes with fatal consequences, Tia finds her life entangled with that of farmer Will (David Elliot), his pregnant wife Donna (Chelsie Preston Crayford) and their 6-year-old niece Lily (Georgia Spillane).

Tia finds a purpose in helping Lily come to terms with her father’s death, as well as offering practical assistance to the farming couple, yet as her bonds with Will and Lily deepen her presence threatens the relationship’s delicate balance.

"My focus wasn’t Central Otago. It was these people," van Beek explains from her Auckland home as she prepares for The Inland Road’s screenings at the New Zealand International Film Festival in Dunedin next week.

"Of course, international audiences love those wide shots of hills and mountains. Everyone has commented on the scenery," she says of her film, which has been shown at festivals in Germany, the United States, Italy and the United Arab Emirates.

Described by the Hollywood Reporter as a "sensitively observed drama, shot through with kindness, compassion and compelling stillness", The Inland Road has at its core a search for belonging, conveyed by lead character Tia.

"Tia is desperately seeking a family, attention and love, but she makes some bad choices along the way in her attempts to attain that," van Beek says.

"She is emotionally on the run; she has hitchhiked down South in an attempt to reconnect with her father but that doesn’t work out so she ends up looking to a bunch of strangers for the love and support she needs.

"But she is also able to stand on her own two feet and help those around her. She also offers to look after Lily, this child; an act of generosity that also serves to safeguard her place on the farm.

"I like to have those nuances in characters, so they hover in between archetypes; they are neither angels nor villains."

The Inland Road has been a while in the making. Van Beek began what would be its script in 2008. Later, after having three children, making six more short films, and establishing a credible reputation with the New Zealand Film Commission, she secured a $1 million grant for the "low-budget" feature.

Shooting took place in the autumn of 2015 and post-production was completed at the start of this year, van Beek explains, adding the film benefited greatly from the generosity of locals.

"So many people from the Queenstown area helped out, from offering camera equipment to accommodation. All of that meant we could work within our budget. It was fantastic."

And the contribution of Cromwell youngster Georgia Spillane (now 7), one of 60 children who auditioned for the part of Lily, shouldn’t be overlooked, van Beek says.

"When I met Georgia, she was just so engaging and unafraid. She’s quite mischievous and I love that.

"I needed that spirit in order to complete a major role in what was a five-week shoot. She also provides the joy and lightness of the film in many ways."

• The Inland Road screens as part of the New Zealand International Film Festival on Wednesday at 8pm at the Regent Theatre,  and on Thursday at 1.45pm at Rialto.