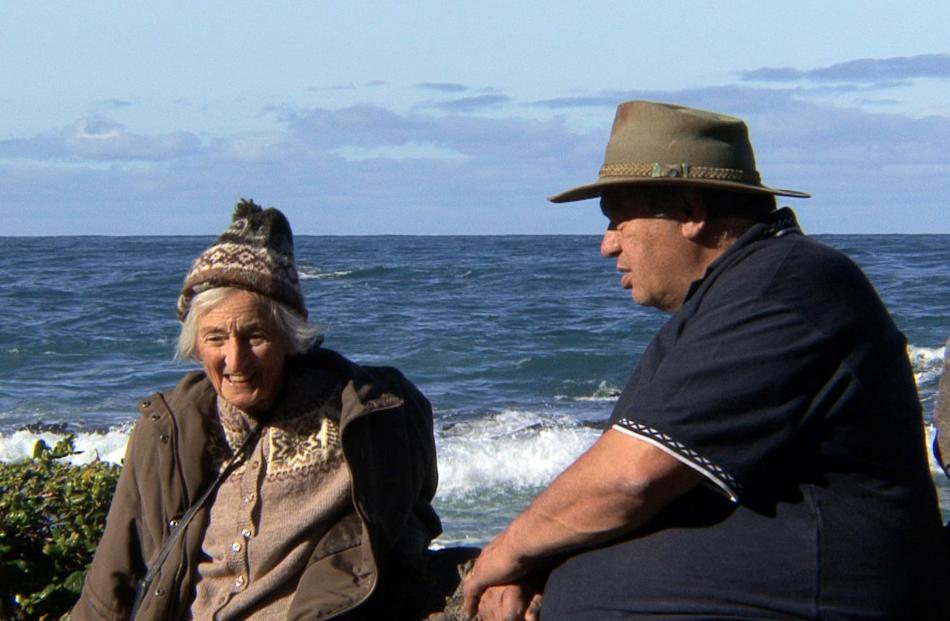 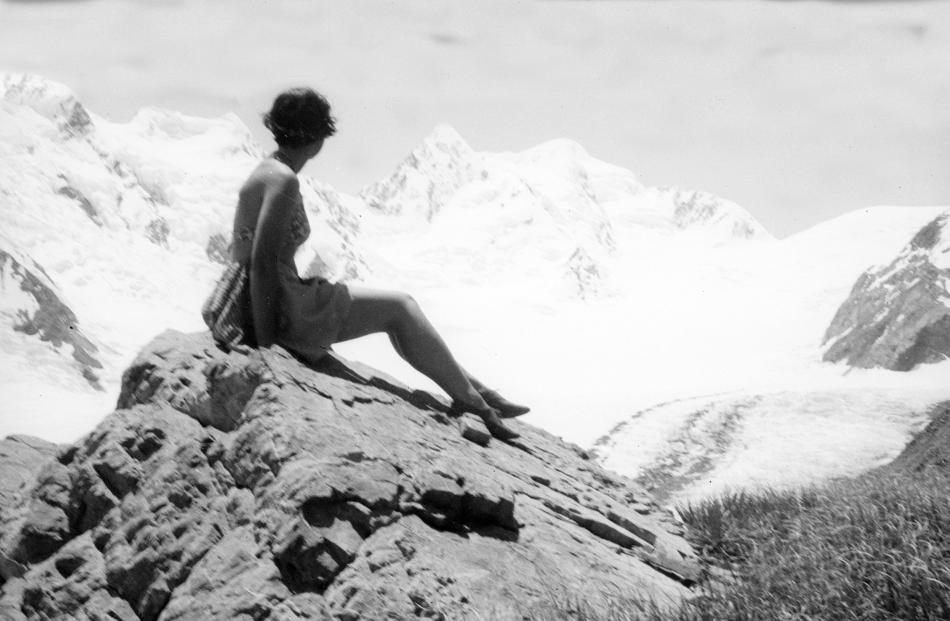 Writer and illustrator Sheila Natusch died last week at the age of  91. The indomitable spirit with which she approached life shines  through in a new film, Rebecca Fox reports.

Documentary-maker Hugh Macdonald had wanted to make a film about his extraordinary cousin Sheila Natusch for years.

But it was not until her 88th birthday that he realised he might be running out of time.

He'd had visions of filming her ''extraordinary'' daily constitutional, which involved sailing into Owhiro Bay in a little rubber dinghy, but unfortunately she was already too frail.

Despite that, he was not short on material given his cousin's amazing life, from her days growing up on Stewart Island to attending the University of Otago with writer Janet Frame and her life as a natural history writer living in Wellington.

For Macdonald, growing up in the same family as Natusch - he is her first cousin once removed - and her husband Gilbert meant visits to and stories about the couple were never boring.

''Sheila and Gilbert were a very different couple from most of New Zealand at the time.

''They married in the '50s and luxuries weren't important to them. What was important was getting out into the mountains and natural world.

''They did things that would be considered very ridiculous to have attempted, like riding down the West Coast on heavy steel bikes on a mountain track because the road didn't go any further.

''They would make expeditions on their bikes all over the North Island.''

Macdonald remembers them as an interesting and ''rather eccentric'' couple, although he believed Gilbert to be ''far more'' so.

Gilbert was a ''bit of a pessimist'' and an engineer who worked for the Ministry of Works looking at potential sites for hydro electric dams.

''He was not very popular with the public, but he used to say he made the recommendations and left it for everyone else to fight over it.''

It would have been a stretch to describe him as warm-hearted; he was ''in many respects the complete opposite'' of his partner, but they had common interests.

Sheila Natusch was ''unfailingly optimistic'' with a philosophy of ignoring anything that might upset her, Macdonald said.

''She didn't bother thinking about it. She didn't mix with people who were irritating or waste energy on anything negative.''

That extended to her last days in a rest-home, when she was on oxygen due to congestive heart failure.

She still liked to have a conversation and loved having people read to her. Macdonald and producer Christine Dann read Wind in the Willows to her.

''It has magnificent language and incredible word pictures. It was great fun to experience those things with her again,'' Macdonald said. ''She was such a clever writer and sometimes I'd look up at her and she'd exclaim what a wonderful word picture that was. We both enjoyed that immensely.''

As she also had a great interest in astronomy, Natusch enjoyed having the book Glass Universe, about the women of Harvard Observatory who analysed glass-plate photos of the night skies in the 1880s, read to her.

Sheila and Gilbert's love of the outdoors included regular trips out to the coast on calm nights, with their sleeping bags, to search the night sky for comets.

''That didn't cost them anything, but provided endless entertainment.''

''She had an acute sense of humour and could talk to anyone and relate to anyone too; she was an easy conversationalist,'' Macdonald said of his aunt.

Her relationship with Frame was something Macdonald particularly wanted to record. Natusch became a good friend of the writer while at university, to the point of getting to read Frame's manuscript of her first novel, Owls Do Cry.

They remained lifelong friends and Natusch went on to publish a collection of letters Frame wrote to her over the years.

Having completed the film, Macdonald says what stood out was Natusch's ability to enjoy everything.

''Her standard expression was beaming. She was an endlessly interesting and likeable individual.''

That led to a quandary during filming, he said, as he explained to her a film needed ''light and shade'' but there was a ''lot of light in this film''.

Even capturing quiet moments with her was difficult.

''I asked her to look out on the South Coast 'that you love so much' and be reflective and she replied, 'I don't know how to do it', and then proceeded to do just that.

''That became a very poignant part of the film later on when Gilbert was dying.''

Natusch was endlessly fascinated by the cultures of other countries, including Iceland. Her fascination led her to learn Norse at university so she could read the Norse Sagas in their original language.

''She also taught herself German to read her great grandfather Johann Wohlers' memoirs.''

Natusch wrote about 40 books, beginning with natural history books, which she also illustrated, culminating in her 1967 ''magnum opus'', Animals of New Zealand.

''It covered everything that walked, crawled, swims or flies. It was a mammoth task.'

Her major historical work, The Cruise of the Acheron, was the first published account of the voyage and work of the survey ship that charted the coastline of New Zealand from 1848-52.

''It was repeated 100 years later by another vessel, which just coincidentally had Sheila's brother on board as a a sailor.''

In 2007, Natusch was awarded the New Zealand Order of Merit for her services to writing and illustration.

An early run of the film was put together for the couple's Hutt Valley Tramping Club to view. She met Gilbert through the club.

As Natusch was involved in so many groups over the years, from Southland Girls' High School to the University of Otago, many were aware of the film coming out, he said.

''The first three screenings sold out.''

It is hoped the film highlights the joys of the great outdoors, Macdonald says.

''I hope this stimulates people to think about that, to get back into it.''

No Ordinary Sheila, screens today and Saturday at the Regent Theatre, Dunedin.