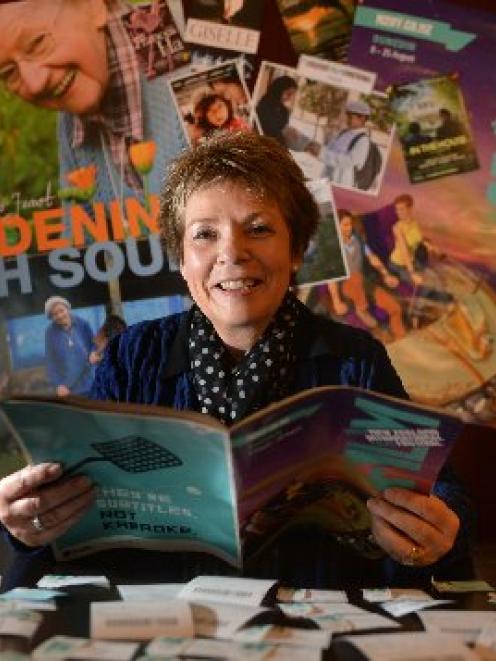 The tricky part has been planning her schedule.

''I've seen 10 movies so far this [festival] and I've got another 24 to go. I try to fit them around my lunchtimes and then work weekends and late nights to make up for the time off work,'' the Dunedin City Council financial controller said yesterday.

''I plan my holidays around the film festivals in Dunedin and always make sure I'm in town for them.

''I especially love the foreign film festivals. They expose you to a much wider variety of films.

''I think the international film festival is brilliant for Dunedin. For the size of the city, we're served really, really well.''

A revelation this year had been the Regent Theatre's new $137,000 digital cinema presentation projector, which was installed last month after an 18-month community fundraising project.

''I'm not a technical person, but even I can see the improvement with the new digital projector. It's so much sharper and clearer,'' Mrs Clarke said.

''When I saw Antarctica it showed an aerial shot of the crater into Erebus. It was incredible. You feel as though you're there and can reach out and touch it.''

Mrs Clarke went to Upstream Color last night and has Omar in her sights today.

''Numbers at the Regent are slightly up on last year for the same period. The New Zealand films are screening this weekend and we're expected those to be very popular.''

The festival runs in Dunedin and Gore until August 25.