Extraordinary songbird flew out of Peru 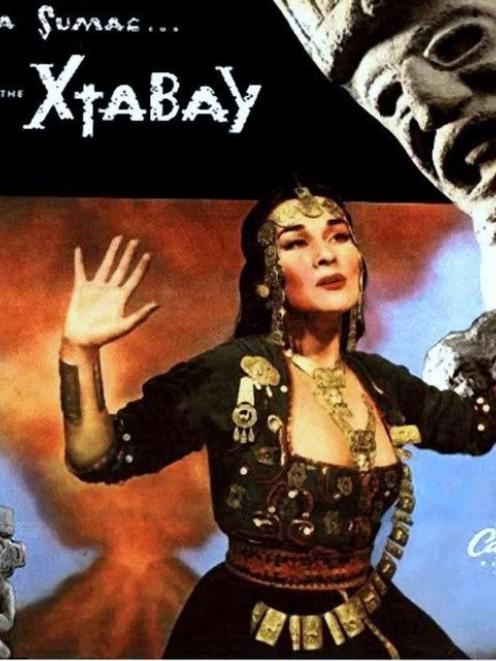 One minute an Incan princess and direct descendant of the last Incan emperor, the next a Brooklyn housewife named Amy Camus looking for an intriguing back-story, she suffered a potentially career-stifling backlash as a consequence of her spin doctors' overzealous attempts to create an air of otherworldliness around her.

The latter claim about her origins was certainly untrue. Born Zoila Augusta Emperatriz Chávarri del Castillo, the Peruvian folksinger had a well-established career in her homeland before she took the decision in 1946 to try her luck in North America.

Struggling at first to win audiences over with her idiosyncratic readings of Peruvian folk songs, she was reinvented as a supernaturally gifted Incan diva on her signing to Capitol Records, and the release of her first major-label LP Voice of the Xtabay.

The album, never out of print since its initial release in 1950, is an enthralling showcase of Sumac's incandescent vocal style and four-octave-plus range.

He takes as much inspiration from the tunes' Peruvian origins as he does from his influences Ravel and Stravinsky, while also dabbling with the native interpretations of South Seas music that would later become known as exotica.

Against this brightly coloured setting, Sumac is uninhibited in her exploration of her extraordinary gift. From dark, spleen-rumbling growls to lightly dancing birdlike warbles and icily pure top-notes, she improvises on the songs of her childhood and interprets sounds of the natural world.

These efforts which today appear hugely adventurous must have struck first-time listeners as doubly so.

But on the strength of their magical quality, coupled with Sumac's trinket-laden new look, they established her as the glamorous curiosity her handlers were hoping for and she went on to great success, despite the rumour of her less exotic origins.