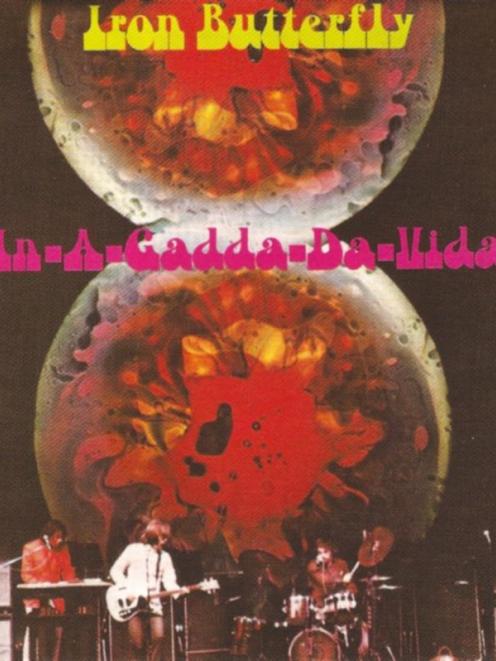 Drummer Ron Bushy, the one remaining member of the Iron Butterfly line-up that delivered that landmark year's left-field hit album, must pinch himself from time to time as he tracks around the second-tier venues of Europe and the US.

Did we really match it with the big guns, he might well ask.

Match it they did, and then some. In-A-Gadda-Da-Vida peaked at No 4 on the Billboard charts in 1968 and went on to outsell any other album the following year. The first album to be awarded platinum status by the Recording Industry Association of America, it has gone on to sell over 30 million copies worldwide.

Not bad for a record whose 17-minute title track occupies the entire second side of the platter, the other bearing five Doors-from the-crypt-style psychedelic pop numbers.

The track in question is a stoner jam that struck a chord with those who thrilled to psychedelic rock's accelerating slide into early heavy metal.

An apocryphal account of the session cites singer Doug Ingle's drug-induced slurring of the lyric "In the garden of Eden" as the source of the song's title. If that happened at all, it happened some time earlier, as Ingle is clearly well practised at delivering the line in its metamorphosed form. A more reliable story is that the album take was truly a sound check jam, fortuitously captured and kept.