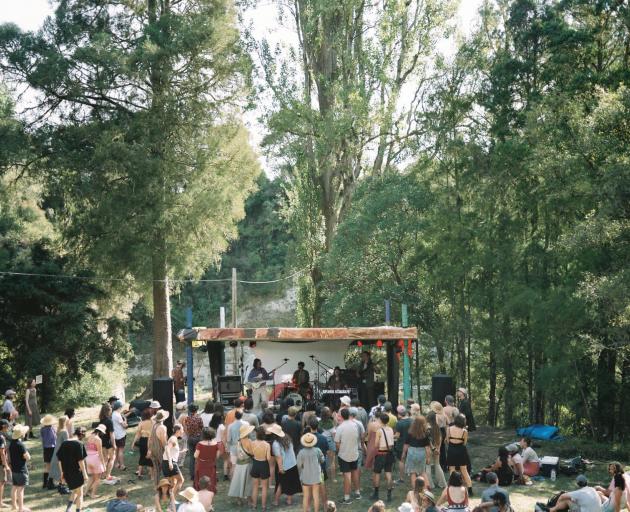 Photos: Supplied
Presumably, at some point, 2020 will end and the sun will come out and we’ll start looking around for things to do. Things like music festivals, relaxed ones without too many people, in secluded locations blessed with no cellphone reception or internet access. 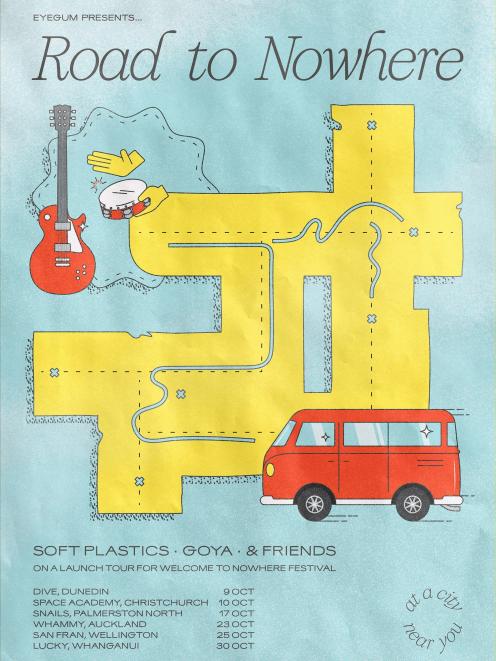 That is if the Earth hasn’t opened up and swallowed us all. Fingers crossed.

If we’re still around, Welcome to Nowhere seems like a pretty ideal option. Taking place over Waitangi weekend 2021, it’s a festival in a forest around 40 minutes from Wanganui, which features musicians, poets, comedians, and other artists, including a healthy Dunedin contingent.

This will be it’s fifth, and its biggest, year. According to Ben Jones, one of the organisers, that’s thanks in part to the abundance of time offered by the first lockdown.

"We had a lot of zoom meetings over that period because we didn’t have too much else to do. So that's really been in our favour in terms of setting up our organisation.

All up, there will be 60 artists playing to roughly 600 attendees, if all goes well. Pretty impressive for a non-profit event run by a group of friends known as the Eyegum Collective.

"There’s definitely a sort of DIY spirit to it, it’s not in the same range as other festivals. It’s very much just a group of people mostly based in Wellington, but elsewhere as well, who kind of get together every year and put on a show for their friends and anyone else interested.

“We’ve had a really good initial response. We’ve only been launched for a little over a month and we’ve just about sold out of our first release tickets, so there’s definitely a strong demand for summer events.

"It’d be very easy to physically distance at the festival, even though it is a small site, and it’s a very low-stress, low-impact event."

But if February 2021 seems like an improbable idea and you just want to have a boogie during Alert Level 1, you’re in luck because the Eyegum Collective is bringing a selection of artists to a town near you.

Road to Nowhere is the name of the tour and it’ll be starting in Dunedin in just a few weeks time, before heading to Christchurch, Palmerston North, Auckland, Wellington and Whanganui.

"The idea is to keep it in house and linked to the festival as much as possible, so we’ve got two bands from Wellington, one who has played in a previous festival, Church of Goya, and one who is playing the 2021 festival, Soft Plastics.

"And then in each city we’re trying to include bands that have either played in the past or are in the line-up coming up. So in Dunedin we’ve got Space Bats, Attack!, who played this year, and Bathysphere, who are set to play at the festival next year."

Soft Plastics is a new band which started out this year and it plays softer guitar pop-type stuff with strong song writing. Church of Goya is more of a post-punk thing: loud and in your face.

"They’re both well liked in their home towns, so we’re hoping to show some new audiences along the tour."

Tickets are on sale now for Welcome to Nowhere, but bear in mind that if the festival is called off you’ll have the option of keeping your ticket for the new event, or getting a partial refund. That seems fair to me given that they’re a small not for profit with costs to cover.

And Road to Nowhere should be relatively risk-free given that it’s only just over a week away. So head along.

"The last few weeks have been a bit touch and go, but now that we’re in [Alert] Level 1 we’ll be making a big push to get as many people along as we can, and we hope people come out. We love coming down to Dunedin, so we’re excited to get down there."