Scandinavian superstars in the spotlight

In the age of the single download, Jeff Harford rediscovers the album. This week: Abba's Arrival. 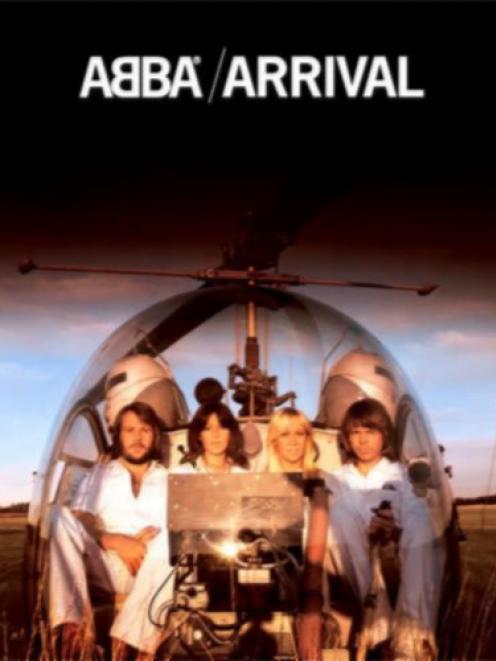 Serious-minded beard-stroking faultfinders, begone. The rest of us are going to take a few minutes to wallow in a shallow but inviting pool with four Scandinavian superstars.

If we are honest, even those who recall ABBA's golden run through 1974-81 with a degree of contempt will admit to a corresponding crumb of affection for the band.

From the strange stirrings ignited by the sight of Agnetha Faltskog's exposed leg on the back cover of 1975 compilation The Best Of Abba (boys) to the ubiquitous use of lip gloss and blue eye-shadow (girls, mostly), the impact of ABBA's reign was felt well beyond the singles charts.

Arrival (1976) represents the height of ABBA's achievement in music. The album's three multi-million-selling singles (four if you count Fernando, included in the Australian and New Zealand editions) are expertly crafted pop songs from the Bjorn Ulvaeus/Benny Andersson partnership, each distinct in style from the other and each irrevocably memorable.

Dancing Queen is loaded with melodic hooks, from flourishes of swirling strings to dramatic stabs of piano, and rides on an easy-paced, skipping Latin rhythm that everyone from 7 to 70 can cope with on the dance floor. Lush, soaring vocals from Faltskog and Anni-Frid Lyngstad are launched from an earthier place in their lower register, adding to a glorious sense of release when the chorus kicks in.

Money, Money, Money is a great Frida song, trading on staccato rhythms and dramatic musical theatre signatures straight from the Kit Kat Klub. Dig down deep into the instrumental mix and revel in the clever support work done by bassist Rutger Gunnarsson.

Knowing Me, Knowing You is the strongest evidence that the band has a vision to move beyond its frothy early hits, despite lightweight album tracks such as Dum Dum Diddle. Sophisticated, sad and just that little bit more real, it hints at the price they each would pay for a life in the spotlight.