Taking it to the next stage 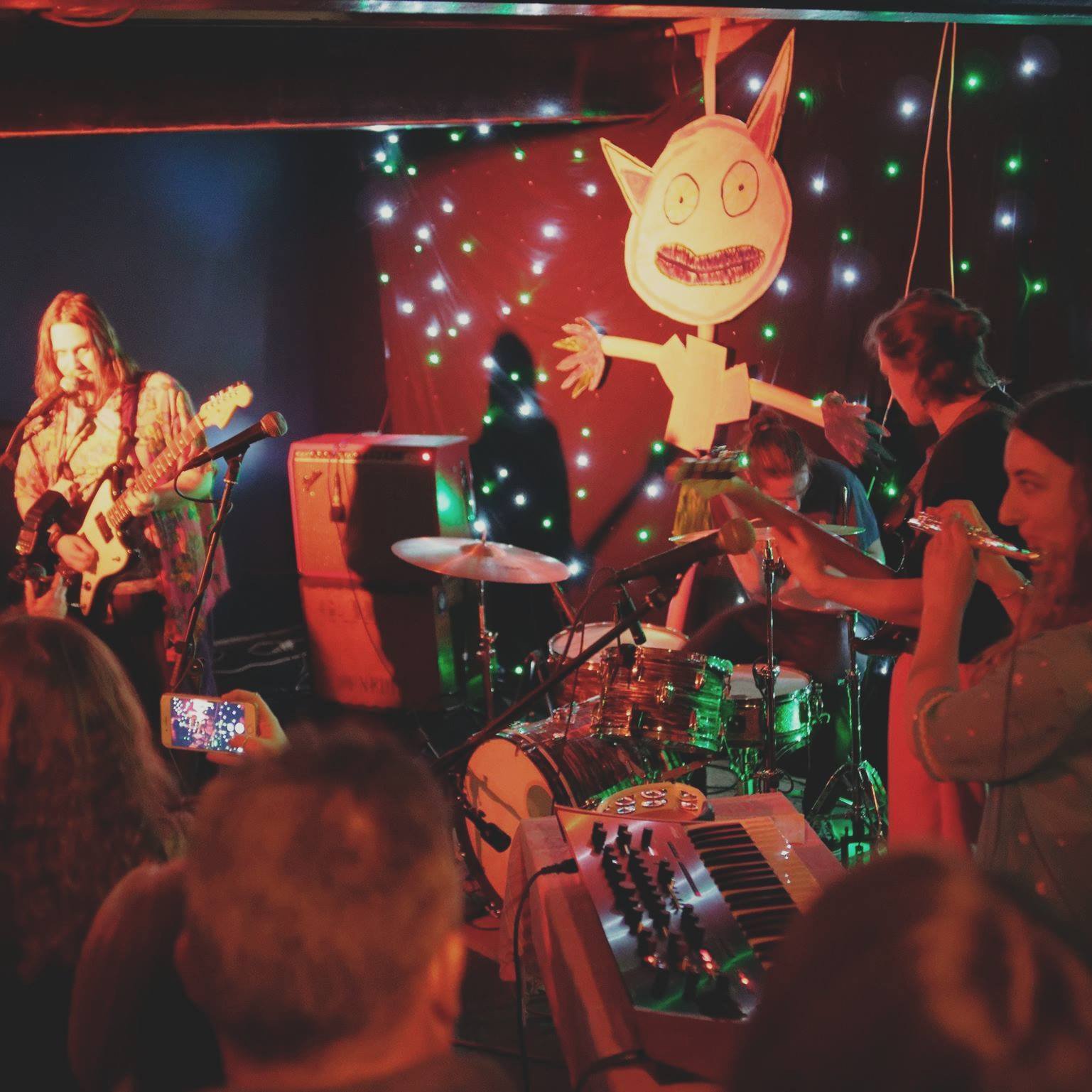 Koizilla makes its final stop on the Lazy Hazy summer tour at The Cook tonight. Photo: Supplied
The holiday gig drought is officially over. Starting with last night's Francisca Griffin EP release, the next few weeks are filled to the brim with musical events of all flavours and viscosities.

Fans of all things psych rock or just people keen on having a boog will want to Lime on down to The Cook tonight (Saturday, January 26) for the final stop of Koizilla's "Lazy Hazy" summer tour, which has seen them blazing a trail of sweet summer jams up and down the country. Joining them is Tiny Pieces of Eight, whose swampy blues rock needs no introduction, Night Lunch, and Piss Goblin. You probably haven't experienced Piss Goblin or Night Lunch ... but you want to. Doors 9pm, $10.

On the other hand, if you're more in the mood for some heavy doom rock with a sausage roll on the side you might be more comfortable at Dee's Cafe and Venue where Haagra Ven, Funeral Burner, Blood Evil, Your Face, Chemical Damage and The Sham will be making a ruckus in the basement. Doors 8pm, $5.

Take a load off during the week and prepare for the following Friday when Wellington two-piece Earth Tongue, recently returned from a European tour, will grace The Cook with their psychedelic riffage. Pentagram on the Moon is a song I don't think I'll ever get sick of and basically sums up their awesomeness, so check it out beforehand if you're not familiar. Tickets are $9 from undertheradar or probably a bit more on the door (which opens 9pm).

You may as well just stay at The Cook because there's more on Saturday. The best way to describe Wellington conglomerate Orchestra of Spheres is with some combination of the words psychedelic, dance, jazz and funk. They're really something else, and they're playing The Cook with Negative Nancies, who are also something else, so that's well worth a geez. Doors 8pm, $10 tickets from undertheradar.

Alternatively, on Saturday there's Jack Berry's gig at Fifty Gorillas. The lads are back from a pretty impressive summer of touring, including big frothers like Rhythm and Vines and Nest Fest. They have the bouncy energy of '70s funk but with an unmistakably modern sound. If you want to hear what the future sounds like this is probably it. Joining them will be the slippery, slimy, silky vibes of Nic and Reuben and Kevin in Luv.

By this point we're already in February, which is pretty buzzy, and the gigs don't show any sign of slowing. Fazed on a Pony are releasing an EP, Soaked Oats are back at it again, and there's a few international visitors: Cate le Bon from Wales and Julia Jacklin from Australia.

Even further out we've got US noise-rock duo No Age playing The Cook in March, and legendary blackened doom band Primitive Man playing The Crown in April, not to mention numerous experimental and noise musicians performing as part of the long-running Lines of Flight festival.

There's always something to look forward to when it comes to live music in Dunedin and with these long summer nights conditions are perfect for gigging. So get amongst it!