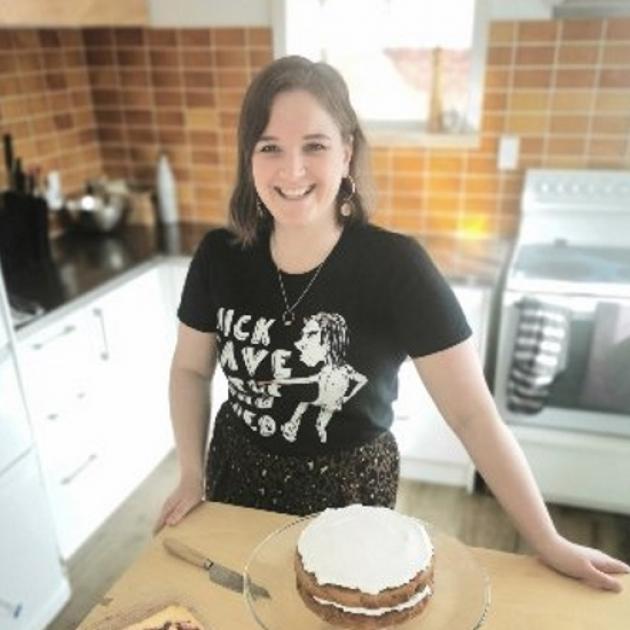 Jamalia Edwards: ''Seeing people make transformations is inspiring.'' Photos: supplied
Cook and health coach Jamalia Edwards is joining the Fresh team of columnists. She tells Rebecca Fox how a major health challenge forced her to look at how she ate.

She was young, fit and had just come home after living and travelling in Asia. But she was also tired, gaining weight and had poor digestion.

Jamalia Edwards felt she was losing control over her body.

''So I looked at what I could control, like food and lifestyle, and made a lot of changes.''

For the keen cook - she worked in the kitchen at Dunedin's Starfish Cafe while studying - it opened her eyes and piqued her interest in nutrition.

She discovered she had a growth on her thyroid. Thanks to health insurance she was able to have surgery to remove it and half of her thyroid.

''I'm not on any medication and my levels have stayed stable.''

Alongside that, she discovered she had a leaky gut so removed gluten from her diet and did the ''I Quit Sugar'' process.

While she had studied youth and drug alcohol counselling, she struggled to find work in the youth field due to her age, so she decided to do further study in nutrition while she was pregnant with her first son.

She started her ''passion project'' as a holistic health coach and began taking clients. 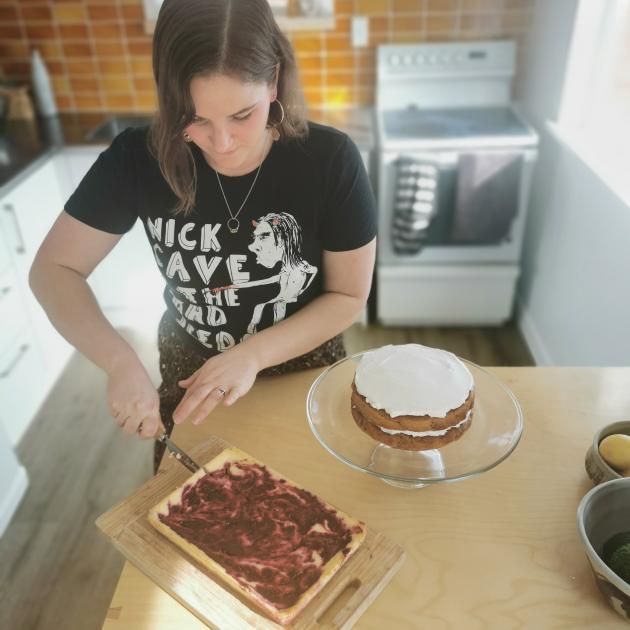 Jamalia Edwards puts the finishing touches on a sweet treat.

Edwards, who grew up in Dunedin, also did some work alongside an integrative doctor, helping with the nutrition side of people's recovery from various conditions.

''It was helping them make those lifestyle changes.''

But then her second son came along and the workload became a bit much.

She had seen advertisements for positions as the Otago Farmers Market chef and while she thought she could do it, felt it could be a step backwards after all her training.

But the idea did not leave her and she approached the market to see what it involved.

''It is an absolute perfect position for me. Everything I've done up until now has been really beneficial.''

It enables her to continue contact with people and be able to create nourishing, sustaining meals.

''Instead of those heavy one-on-one sessions, I get to talk to a lot of people and families. People ask about ingredients and it's a good opening for health-based conversations.

''I'm still able to make a difference. It feels like it fulfils a lot of my passions.''

There is also the benefits of having a close relationship with the producers at the market and learning about their passion for what they do.

''It's very health-focused. It's a lovely community to be part of.''

Her own food philosophy is based on eating whole foods and reducing intake of sugar and yellow oils.

''In the war on fat we put aside the war on sugar, but now we know reducing fat does not solve all our health problems.''

She also advocates people getting back in their kitchens and cooking so they have control over the food they eat.

''We need to have an awareness of what we are putting in our bodies and the impact it has.''

With a focus on healthy fats and low-carbohydrate ''real food'', people can make ''powerful'' changes, she says.

There is a rider, however. Every person is different and what works for one person might not work for another.

Dieting, punishing gym workouts and the bombardment of differing messages in the media and advertising made things difficult for people.

''People need to have self-compassion, to be gentle on themselves. Guilt doesn't serve you, so if you have that chocolate bar, enjoy it.''

She admits her own health journey has gone on the back burner since having children but knows she has the tools to get back to it when she is ready.

''You have seasons in your life, like there is in the weather. At different times in your life you have different requirements, time and money, so you make the best choice for you now, because it's got to be better than what you were doing.''

A naturally active person, Edwards has discovered there is truth to the saying ''you can't outrun a bad diet''.

''It is 100% about what you eat, although exercise is great for mental health and your physical health.''

However, what is most important is what happens in the kitchen.

You can't outrun a bad diet. What a wonderful statement. Lovely to here such good food advice.