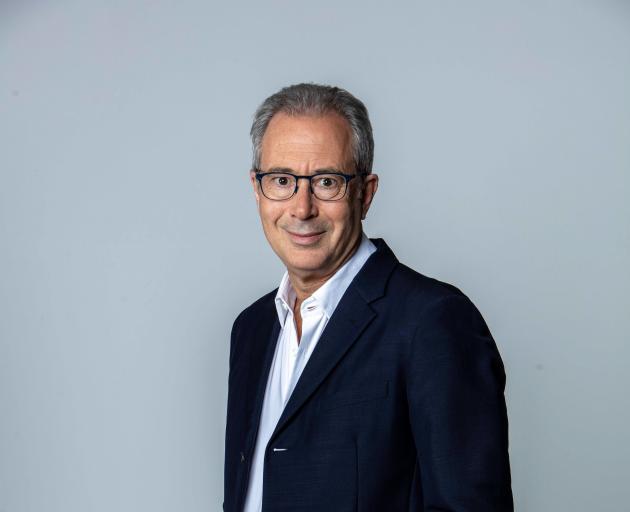 British comedian, scriptwriter, playwright, novelist, actor, director ... Ben Elton returns to Dunedin next month. Photo: supplied
Ben Elton made Thatcher’s Britain and the trenches of World War 1 the stuff of comedy, but can he wring a laugh from climate collapse and plague? Tom McKinlay asks the touring comedian.

It’s there on the page of every novel he’s ever written - quite a number of them No.1 best-sellers - caustic, searing, cynical, hopeful, iconoclastic, crusading. And funny. The jokes just keep coming, line after line, wry, witty, anarchically humorous, like there’s not enough room on the page.

And, of course, it was the same watching the era-defining concentrated jesting of Blackadder or the Young Ones.

It’s similar on the phone, Elton’s coming at you a million miles an hour, each thought apparently scripted, edited and ready for the stage, piled one on top of the other.

It’s an instantly recognisable patter, because it is Edmund Blackadder and Rick, Vyvyan, Neil and Mike all rolled into one.

Elton scripted much of that classic ’80s TV, in partnership with others, explicitly or otherwise hurling molotovs at the establishment. And hasn’t stopped, BBC sitcom Upstart Crow is the current iteration.

He’s still on stage too, doing stand-up, very soon on stages here, bring a show he toured the UK with in 2019.

"The pandemic has added a different edge to it but, yeah, I was supposed to be doing this New Zealand tour exactly a year ago as a direct extension of the UK tour," he explains on the phone from Australia, where he lives. "I hadn’t been on the road for 15 years in the UK, and I wrote this big new show - two hours, two hours 15 of new stand up - and a great deal of it is the same. Of course it has changed a bit."

A plague will do that. 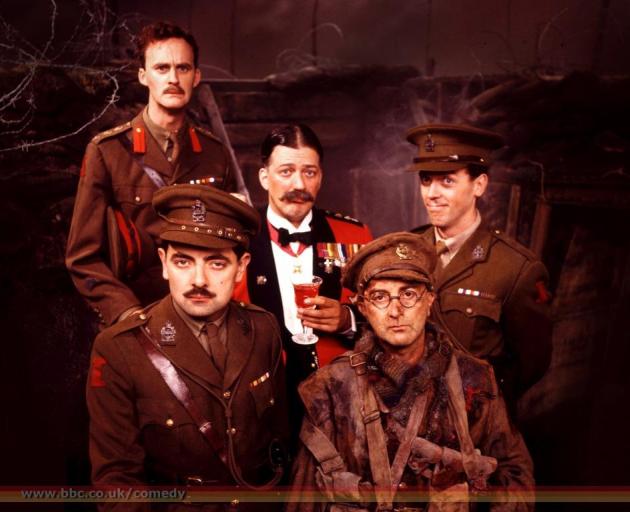 Elton was behind many of the best lines of classic ’80s comedies Blackadder (above) and The Young Ones. Photo: supplied
Elton’s played Dunedin before, some years back now, bringing his brand of humour, with its peculiarly British genealogy, to the Empire’s furthest outpost.

"I think I am perhaps one of the beneficiaries, the last generation of people who benefit from the fact that Australia and New Zealand — because, I suppose, of a hangover of colonial days and Commonwealth days — has had quite a cultural focus on Britain," he says. "And I have definitely been a beneficiary because during the ’80s when I was a young writer, material was still pretty much always shown, if it was a success in Britain, it tended to find it’s way to New Zealand."

That’s changing, he notes, with the big streaming platforms reorienting the world’s ears and eyeballs towards the centre of today’s empire, the US, in a way "even more gruelling than before".

It’s a great shame for global culture and another way in which the internet, which once promised diversity, has become the vehicle for a pervasive hegemony, he says.

However, he says, there remains a residual shared sense of humour between Britain and New Zealand, particularly among the older generation, that is different to the American sense of it.

"Which is a kind of self-depreciation ... American comedians are very confident on stage, whereas British comedians tend to play the diffident, the ‘I’m the wanker in the room’, kind of thing."

Edmund Blackadder was essentially a loser, despite his pretensions, he says.

Elton notes, in passing, that a case can be made for New Zealand humour being second only to US in terms of it’s influence at present, given the Conchords, Darby, Waititi et al. 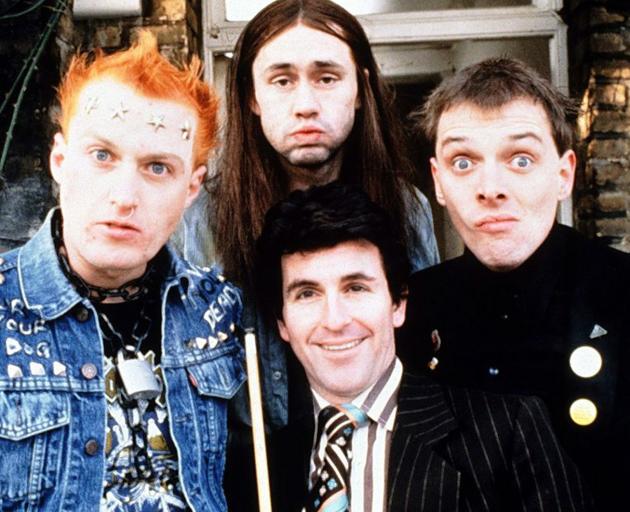 The Young Ones (clockwise from left): Vyvyan, Neil, Rick and Mike. Photo: supplied
But if US cultural imperialism is queering the pitch for South London funny men these days, Elton says world events also present a challenge.

"It is harder to see the funny side," he says. This from a man who cut his teeth satirising Thatcher’s Britain.

"I find myself more scared. I suppose when you are young you just have natural optimism."

"Yes, we did live under the shadow of the bomb when I was young. We effectively still do in a way — although we are killing ourselves before we can kill ourselves these days, because climate will get us before a bomb does."

"But I don’t want to suggest the show is sad or angry. As ever with me, I see the funny side and I hope it is an uplifting experience because comedy is a great medium for ideas. The more serious the ideas the funnier the comedy is, if that’s how you like to play it, and it is certainly how I like to play it.

"But certainly my fury over climate change and Trump is of a different level to my fury over the Cold War and Thatcher."

Here, surprisingly, there’s what sounds like a word of understanding for the late Margaret Thatcher from the former Red Wedge performer. "She was an idealistic politician," he says, "whom I massively disagreed with."

But you could understand where she was coming from.

"What we are looking at is a manipulation of the lowest common denominator of people’s buttons that can be pushed."

On the internet, the biggest liars often win, he says.

"Thatcher, I think, would have loathed Johnson."

Elton’s sounding pretty earnest, so there’s likely to be a joke coming. And, yep: "I say of Johnson, to say he lacks a moral compass, is like saying the Flat Earth Society lacked an actual compass".

Rik, of The Young Ones, might have been given that line.

So what would the late great Rik Mayall make of the chaos of today’s world, the mire into which Britain has descended?

Elton knows. Not just because he shared so many dressing rooms with him, before so many stand-up comedy gigs.

"Sometimes when I am in a dressing room I imagine he is there," he says. "I only ever toured with Rik."

So he’s in a particularly good position to guess what Mayall might have said, when the curtain rose and the lights came on.

"I wrote a lot of it anyway, so I would know what he’d bloody say."

Ben Elton brings his live show to the South next month: