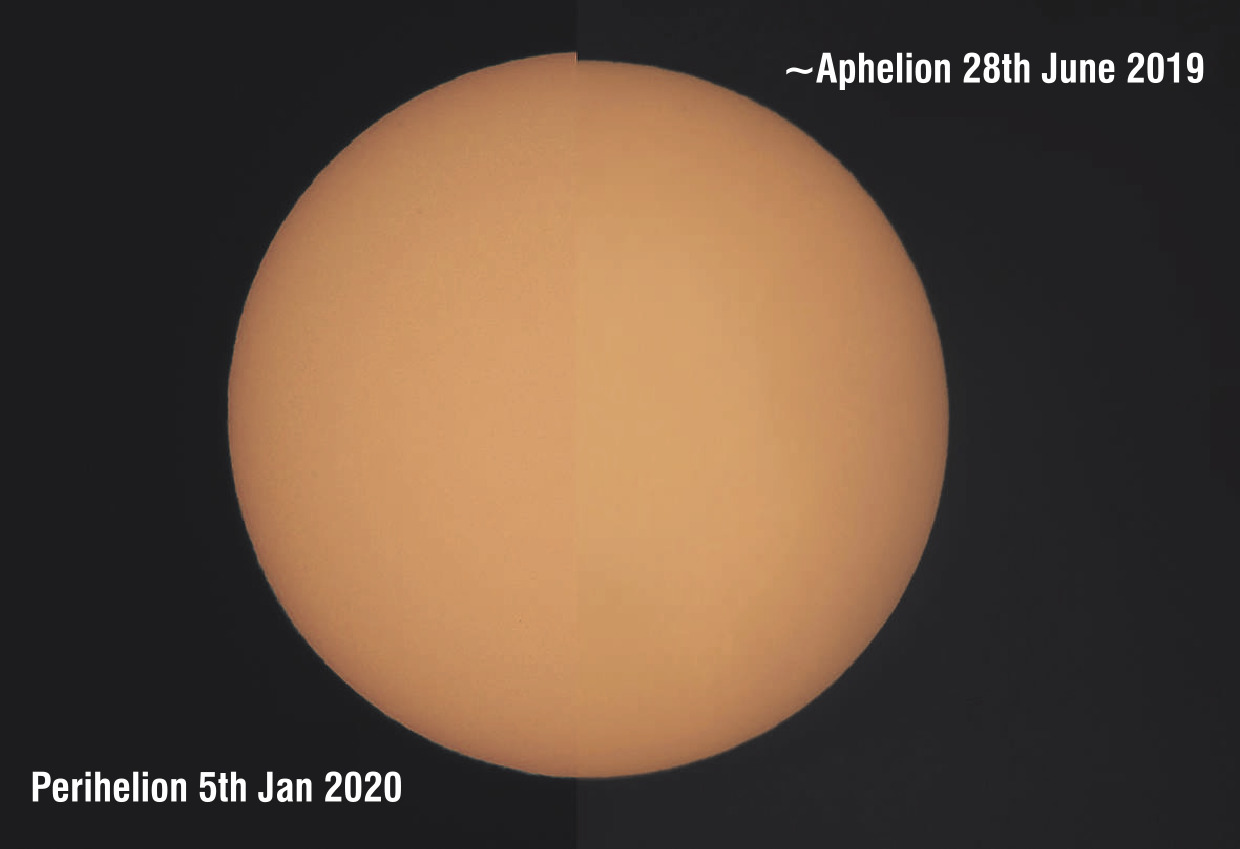 In 1609, German astronomer Johannes Kepler published what became known as his first two laws of planetary motion. He devised them after analysing astronomical observations made by Tycho Brahe, arguably the best observer of the 17th century. As well as making precise measurements of planetary positions, Brahe was notorious for having lost part of his nose in a mathematically inspired duel with a Danish nobleman.

Kepler's first law states that every planet's orbit is an ellipse with the sun at one of two foci. A consequence of this is that a planet’s distance from the sun varies with time. In Earth's case, our closest approach (astronomers call this low point the perihelion) took place in January. At that time, our planet was a smidgeon over 147,000,000km from our parent star.

Tonight, Earth reaches the high point of its orbit - our greatest distance from the sun this year - at 11.34pm. Astronomers call this moment aphelion (from the Greek words apo meaning far and helios meaning sun). At the instant of aphelion, our planet will be more than 152,000,000km from the sun.

The difference between Earth's perihelion and aphelion distance is approximately 3%. If you could safely look at it, the sun would appear smaller today than it did in January. In fact, this difference is too hard to detect with the eye, but it can be seen photographically.

I decided to try to record the difference in solar size by taking pictures of the sun at aphelion and perihelion. As you can see from the accompanying photograph, the sun definitely appears larger in January 2020 than it does in July 2019.

Incidentally, at aphelion, the Earth's orbital speed is a little slower than at perihelion. Today, our velocity is just over 29km per second compared with well over 30km per second in January. I'm sure we can all feel the difference!

The moon is full tomorrow at 4.44pm, which means that moonrise, which occurs at 5.10pm in Dunedin, should be spectacular.