A man of a few words 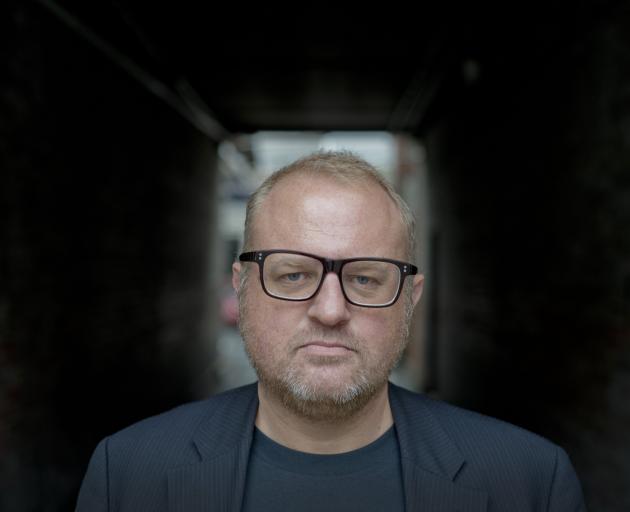 A new collection of poetry, a new EP of songs (with a band of old mates), a new job ... lines are converging for Victor Billot, writes Shane Gilchrist.

Victor Billot might loathe the idea of me-me-me self-promotion, probably placing the concept on a shelf alongside Max Key video posts, yet let’s ponder a quick list of his endeavours: poet, writer, editor, musician, unionist, former parliamentary candidate for the Alliance Party.

That CV-ish summary possibly had something to do with Billot securing a new job. It’s in publishing (specifically, publicity and marketing co-ordinator for Otago University Press), which is fitting given he has a facility for assembling words in various ways.

Still, it was time for a change, too, Billot says during a lunch break earlier this week, his sushi accompanied by swigs of a fizzy drink brand founded by a media-savvy Auckland entrepreneur and former All Black.

Communications officer for the Maritime Union of New Zealand for the past 15 years — before that he’d worked for other unions —  Billot has also been heavily involved in volunteer work for political and social causes, his left-wing beliefs  forged by the social and economic upheavals in New Zealand in the 1980s and early ’90s.

"During that time a lot of people were being negatively affected by political policy changes; we were moving from a more collective society to a more individualistic, commercially driven one."

Billot grew up in Warrington, in a "lovely"  house owned by parents who held down what he terms "normal" jobs. He headed to the University of Otago, graduating with a bachelor of arts degree in political science, in 1994.

Victor Billot gestures after pinning a message to the doors of Dunedin’s Municipal Chambers as Stop the Stadium vice-president in 2008.
"When you come from a more working-class background and go to university, you become aware that you’re a minority. That gets you thinking. As you get older you realise there are forces that threaten that world.

"I quickly adopted a fairly socialist attitude. It’s not a theoretical thing; it comes from a more personal viewpoint." 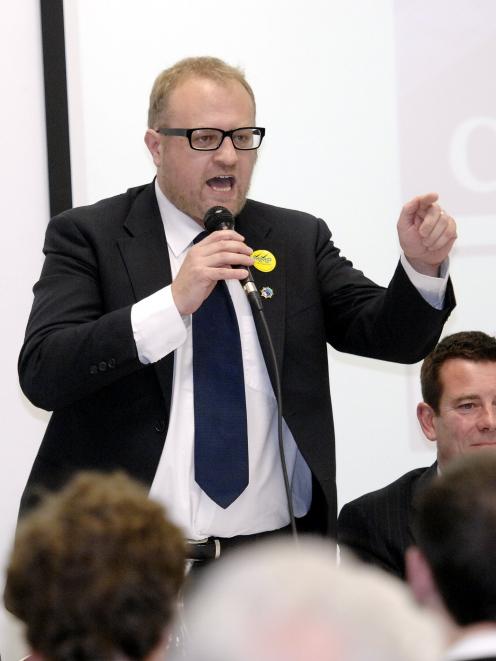 Victor Billot represents the Alliance at a forum for parliamentary candidates in 2011. Photo: ODT.
"I don’t regret that, but you don’t realise how much it takes out of you until you come out the other side.

"I’ve still got a lot of friends and contacts in the union movement but, in regards the long term, I wanted to get into a slightly different field. Part of that possibly had to do with ... well, you can be involved in a heavy environment, by that, I mean psychologically. And I think that can take its toll after a while.

"It had worn me down a bit, so it was time to step back a bit.

"I’m using the opportunity to read a bit more about certain issues that are turning the work environment upside down, including increasing automation. I’m also researching the concept of a basic universal income.

"At the moment I’m concentrating on poetry and fiction, which had been pushed out of the way a bit."

Which brings us to his new collection of poetry. Titled Ambient Terror and due to be published next month, it continues the thread of satire, personal and political work seen in Billot’s two previous collections, Mad Skillz for the Demon Operators (2014) and Machine Language (2015).

"The ones I tend to promote a bit more are the satirical, political ones. But you don’t want to box yourself into doggerel, although I think that’s a very valid form. Now, I’m well past the point of saying this type of poetry is good, that’s bad, but I do like  to push the satirical aspect, which provides commentary in a pithy way. I’m also trying my hand at more experimental poems."

...  Vo Minh Que, 33 summers deep in life,
remained visible for one to one and a half hours.

They threw three lifebuoys, ten lifejackets, fishing floats,
while he floundered, kicked then slipped away ...

As communications officer for the Maritime Union at the time, Billot was privy to the details of the incident. The poem is based on official accounts, he says, adding: "We were involved in work to improve the lot of those fishermen, and others."

Self-published, Billot does more than write the words that appear on the pages of his poetry collections; he designs the publications, organises ISBN numbers, promotion and distribution.

It’s a cottage-industry approach that extends to his musical projects, too.

Recently, Billot and a few mates re-formed their old band, Alpha Plan, performing their first Dunedin show in more than 20 years in celebration of the release of an EP, Machine Language.

Formed in Auckland in 1996 by Billot and fellow former Dunedin resident John Guy Howell, the group was joined by Mark Orbell on drums for their 1996 debut album, City of Bastards. An EP was released in 1997 before the band went to London. Returning to New Zealand by the end of 1999, the group released a second album, Stratford Workshop, before heading into a deep slumber, during which Billot released a 2002 solo album, Plutocracy.

"I think we were the wrong people at the wrong time in Auckland, Billot reflects.

"We found Auckland to be a supremely disinterested environment. In Dunedin, the music scene was a bit like family, but when we got up there ... it was hard going. And heading to London was hard going, too."

For Machine Language, which was recorded by Howell in Dunedin last year, the three original members were joined by long-time associate Andrew Spittle, with whom Billot played in the punk-influenced Dunedin band Das Phaedrus in the ’90s.

Set to pulsing textural instrumentation, the EP’s songs are based on a selection of lyrics adapted from poems by Billot, who adopted a rhythmic vocal presentation verging on spoken-word, a cyberpunk approach he also used when performing with Dunedin jazz outfit the Bill Martin Trio last year.

Again, themes ranged from political and social satire (Maxed Out in New Keyland), to personal reflections on anxiety (Ambient Terror), to more surrealistic pieces (The Train is not the journey).

"It’s not exactly hip-hop but I’ve tried to focus on the wordplay," Billot explains of Alpha Plan’s latest set.

"It’s been great. All the pressures you feel when you do music when you’re younger have gone. It’s more about having fun with friends.

"That said, we’re really happy with this EP. It’s a good recording; it’s far better than anything we’ve done before."

Although he does squirm slightly when asked about his deeper motivations, Billot says his various efforts are all underpinned by a desire to contribute to society in some way, be it writing poetry or prose, providing commentary for op-ed newspaper pages or reviewing books, playing music or holding a placard.

"It’s always hard to analyse things yourself. You tend to just get caught up in them. It’s not a conscious thing; I do these things because I enjoy them. I’ve been doing the same things since I was 18.

"But all these things are an outward vision, versus just going within yourself. It’s about engaging with the world, be it with a community or society, or expressing an economic viewpoint.

At 44, and a father, Billot also doesn’t take time for granted.

"Hmmm, I sound like a life coach talking about mindfulness, but you do have to be more aware of getting that balance right. And that’s an ongoing project.

"As you get older I think you realise you are less and less important. You are more concerned with family and friends and what else is happening in the world.

"It’s like music: when you’re young, you’re insecure and trying to prove something and that puts unneccesary pressure on you.

"But when that’s gone, when you don’t have anything to prove, when the dream has faded, then you’re free."

At this, Billot erupts into laughter. He’s almost — but not quite — lost for words.