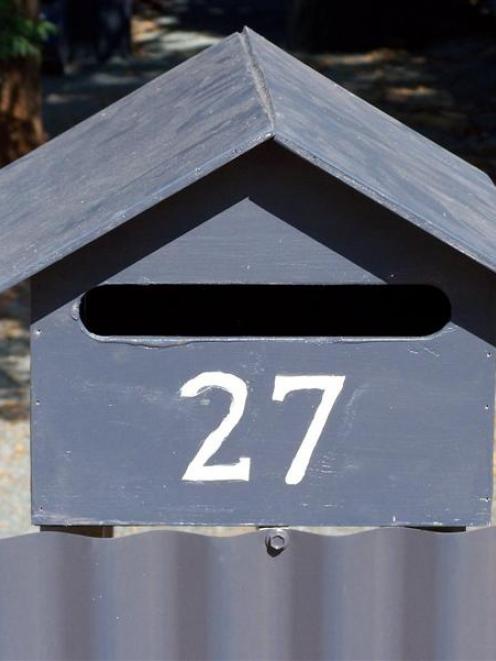 Endangered species? Tens of thousands of people in the US have decided they don't need any physical mail, and have everything sent to them electronically.
The post office doesn't deliver mail to Steven Stark's home in Santa Maria, California, any more.

It's not that Mr Stark, the 36-year-old owner of an Internet company, is unpopular.

He just decided he would rather deal with all of his correspondence online.

Millions of Americans receive online versions of their bills and bank statements.

But Mr Stark is one of tens of thousands who have decided they do not need any physical mail, be it love letters or advertising come-ons.

Instead of plodding down to the mailbox, they open their web browsers.

Rather than stuff file cabinets with paper, they keep their mail online.

Analysts say it is too soon to tell whether digital mail is the next big thing, and sceptics, including the United States Postal Service, abound.

"There is a real desire for such a service," the head of finance at Swiss Post Solutions, Benoit Stroelin, said.

Scanning correspondence and putting it online is the "middle step" in a march towards the future of all-digital delivery, he added.

Early adopters such as Mr Stark give a glimpse into how that might look.

For $US11.95 ($NZ21.50) a month, the company opens all of his mail - letters, bills, catalogues, the lot - then scans and uploads it to the internet so he can read his correspondence online.

Mr Stark doesn't have to give the post office his new address every time he moves.

He can go on vacation and not miss any mail.

By ticking a box on his computer screen, Mr Stark can tell the company to shred, recycle or forward the mail to him.

He can have the company send packages to his house or pick them up at the nearest Earth Class Mail Centre.

Convenience has its cost.

The $11.95 fee includes 50 pages scanned a month and unlimited recycling and shredding.

Like a cellphone plan, customers can pay more to have higher limits.

Members are assigned either a post office box or a generic mailing address in Beaverton, Oregon, where Earth Class Mail has a sorting facility.

Customers who want a premium address, even a false one, can pay extra.

For the average American, digital mail won't take over any time soon.

Security is obviously a big concern.

Worries about mail fraud and identity theft may slow the shift.

Although having someone else open your mail reduces the chances you'll get anthrax poisoning, it also "opens up another way that the customers' information can be compromised", information security firm Citadel Information Group president Stan Stahl said.

Earth Class Mail, which has 115 employees, tries to limit risk.

They wear pocketless jumpsuits to make it tougher for them to remove correspondence, and are monitored by security cameras as they sort and scan the mail.

But there were outside risks, Mr Stahl said.

Computer hackers could break into the database of scanned mail if the network was not secure enough, he said, and if mail became completely digital, the number of viruses passed by that medium would probably increase.

His identity was stolen after someone pilfered mail from his home last year, so now he visited his post office box six days a week.

"There are too many fraudulent activities online," he said.

The vice-president of strategy and analysis for media and technology research firm Interpret, Michael Gartenberg, said most older people were more comfortable using snail mail to pay their bills and send goods, and many younger people skip mail entirely and just use the Internet.

"It will probably take a good deal of this generation to die off before we actually make that transition," he said.

The US Postal Service has experimented over the past decade with offering digital versions of some of its core services, but "people weren't comfortable", spokeswoman Susan Brennan said.

Many services were discontinued by 2003, although the post office still offers a web service that allows users to design cards, which it will print out and send.

"First-class mail is the most secure way to communicate in this country," Ms Brennan said.

That hadn't stopped companies such as Zumbox trying to push the digital envelope.

The Los Angeles company created an online mailbox for every residential address in the country.

Companies can send marketing material, bills and other mail digitally to the Zumbox account affiliated with the street address.

Zumbox says the system adds convenience because customers can see all their correspondence through one web account.

Zumbox is free for users, and advertisers pay 5c per address for a piece of sent mail.

The company recently signed a deal to deliver newsletters and other government communication such as water bills from the Village of New Lenox, Illinois, in digital form.

"We are convinced it's the way to go," New Lenox Mayor Tim Baldermann said.