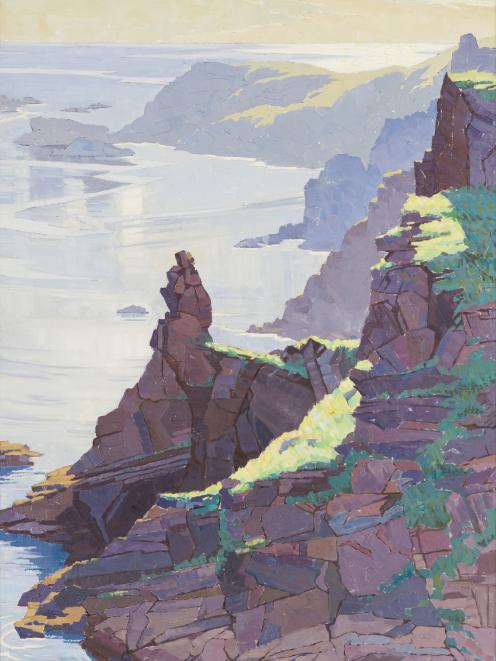 Rhona Haszard's Isle of Brechou, Sark (1929) [Brecqhou] hangs in a room filled with landscape works drawn from Dunedin Public Art Gallery's collection. Haszard has a distinctive way of looking and interpreting the landscape. She constructs this work like a patchwork quilt, piecing together a view of the cliffs. The painting does not fit neatly into a post-impressionistic or modernist style of painting, but rather shows Haszard's fluidity and evolution between the two. The flatness of the work is amplified by the matte surface, which is occasionally disrupted by rogue areas of impasto brushwork.

Isle of Brechou, Sark captures attention in the gallery; sitting beside a Frances Hodgkins work, the two pieces keep each other company. They are in stark contrast to each other stylistically, but together they show the breadth of landscape painting as a genre.

Haszard's painting was developed from preparatory drawings she made while holidaying on the Isle of Sark off the coast of Normandy, France, in 1929. She writes that her time on the island was therapeutic; she spent time exploring the coast, swimming and eating delicious food.

The Otago Art Society donated the painting to Dunedin Public Art Gallery shortly afterwards in 1930. Haszard's artistic career was cut short by her untimely death in 1931, but Isle of Brechou, Sark is demonstrative of the direction her work was beginning to take. 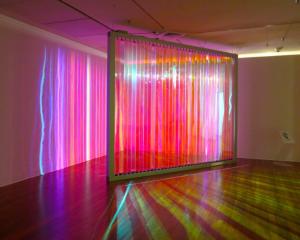 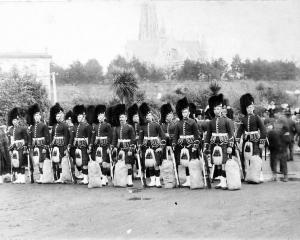 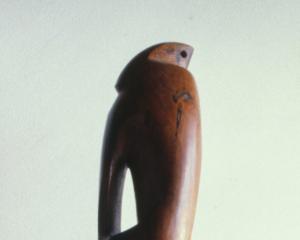 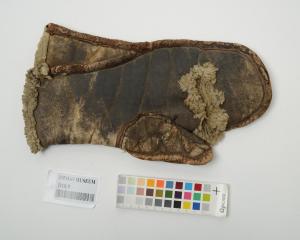 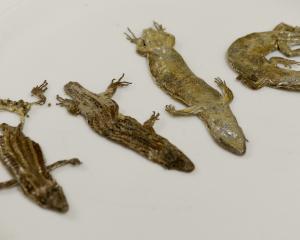