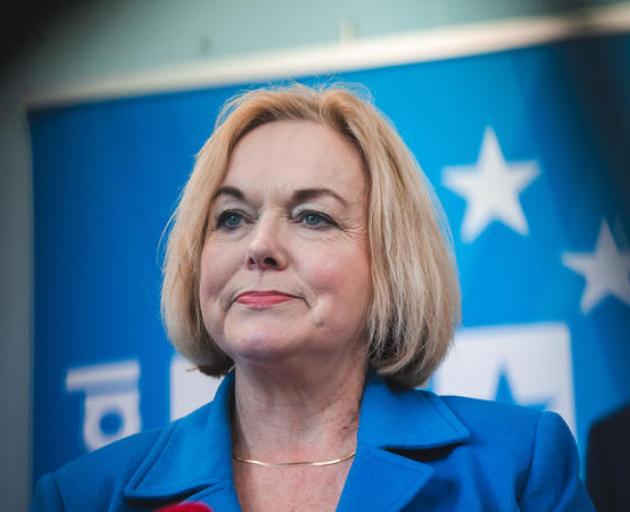 She is also accusing Labour leader Jacinda Ardern of "going for the jugular" by saying the National Party had changed its position on climate change.

"We’ve been very clear around the Zero Carbon legislation that we wanted changes to that," Ms Collins said in Gisborne yesterday.

"We’ve said that we’d do that, so there’s no change at all."

Ms Collins unveiled National’s agriculture policy standing in long grass on a stud farm in Gisborne and promised to undo "the stupider stuff" the Labour-led Government had passed relating to the farming sector.

In her crosshairs were nine recent freshwater reforms which she pledged to review or replace, shifting the place of agriculture in the Emissions Trading Scheme and seven changes to the Zero Carbon Act.

The changes would include reviewing both the methane target and the use of the level of forestry offset to achieve climate change targets.

Its policy does not suggest it would repeal the Act or all the freshwater reforms.

However, the Labour leader called the policy "backwards looking".

Ms Ardern said it was "hugely disappointing" the National Party had changed its position on climate change.

Ms Collins called this "misinformation" because while National had voted for the Zero Carbon Act, it had always been committed to making changes if it earned the right to govern.

"I don’t know why she’d do that and say such foolish statements," Ms Collins said.

"What has changed is that she’s now going for the jugular."

She said the Greens were living in a "fool’s paradise" for saying National’s policy showed the party was "dangerous and doesn’t care about our planet or our grandchildren".

"National wants future generations to inherit a decimated environment and an unstable climate, for the sake of winning a few votes," co-leader James Shaw said.

Anybody who cares about the future of the planet I plead to you not to vote for National. Any other party but please not National. Even China has pledged to be carbon neutral before 2060, "by adopting more vigorous policies and measures". Collins is no better than Trump! She wants agricultural to be excluded permanently from any environmental accountability but it is Nz's worst polluter accounting for 50% of all greenhouse emmisions. The sooner we act to reduce climate change and local pollution the less it will cost in the future. Invest in your country's future DO NOT VOTE NATIONAL or if you are American do not vote Trump!

Let's be clear on what crusher is saying here: What I'm hearing is "that farmers should not have to pay for the mess they created by their reckless, destructive, profit driven activities. No! These cost should be met by the rest of the country because farmers profits should not be affected."

She must be joking, look at her eyebrows. /sarc