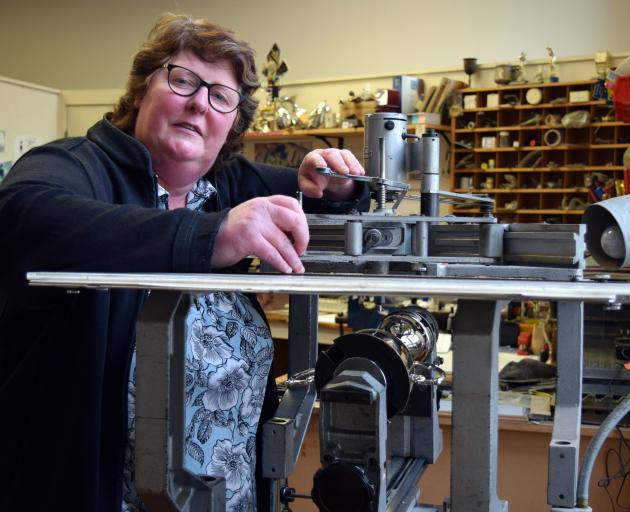 "We’ve had a real hell of a year and I think it’s important that people do have their say", Mrs Armstrong said.

Voting for the 2020 general election closes at 7pm on Saturday.

Her favourite part of the election so far had been the availability of advance voting booths from October 3.

"There has been no excuse for people not to get out and vote."

Voting was important especially because of the impact of Covid-19.

"You can’t sit home and complain if you’re not prepared to have your say and you’ve had every opportunity."

The impact of Covid-19 on her business had been negative and positive.

John Swan and Co Ltd made all the name badges for staff at ANZ and BNZ banks, but orders had stopped coming in.

"That would be 20% of our income but that will come back eventually."

As fewer people had been playing in sport tournaments, the demand for engraving trophies had dropped.

The sales of rubber stamps had increased as more businesses were selling products online, which needed to be collected or delivered.

Since Covid-19 hit, the business had many new customers who were wanting to shop local.

"That’s been great," she said.

She believed the long-term outlook for Dunedin enterprises was positive.

"Businesses will get through it."

From the new Government she wanted "robust decisions around taxes" as she expected them to have to rise — no matter who gets elected — and she wants more to be done to stimulate the city’s economy.

"Yes we get a new hospital and some new roading, but that doesn’t affect me."

No candidate had made an election promise which would give her business a direct economic boost, she said.

She hoped a new government could be formed with fewer parties than the current one.