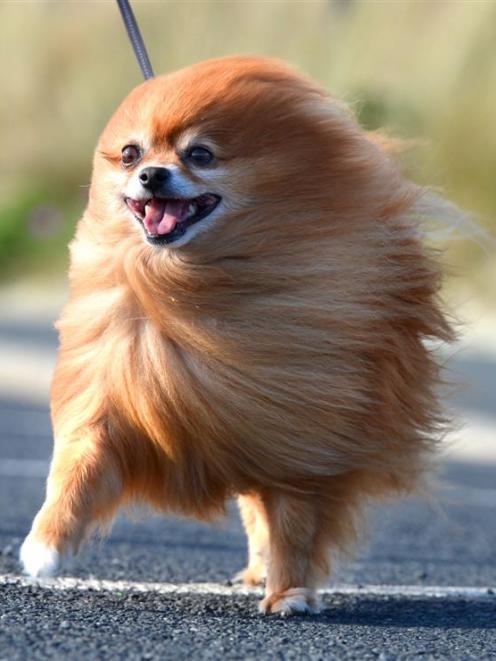 Dunedin, at Musselburgh, recorded its highest August temperature of 21.7degC, beating the 21.5degC recorded in 2007.

Oamaru recorded its second highest August temperature of 21.9degC and Queenstown its third-highest at 18.9degC.

To put the figures in context, Dunedin's average maximum temperature during the summer months is 18.4degC and in Queenstown if you used winter solstice as a start date, it was the earliest time of year the alpine town had surpassed 18degC since 1872.

The nor'wester buffeted most of the region, with Wanaka and Alexandra experiencing the highest gusts of 93kmh and 89kmh respectively.

In Dunedin, the airport recorded a gust of 78kmh and Swampy Summit, one of the city's highest points, recorded gusts of 120kmh.

A student in the city had a close call when a power pole came down only 1m from him.

In Alexandra, firefighters were working to control a fire on the hills at Fruitlands, while wind brought down power lines for short periods in Arrowtown, Lake Hayes and Frankton.

MetService meteorologist John Law said the winds were going to continue today, but temperatures would drop into single figures and some snow was expected on the region's hills overnight.

''Tomorrow it will change to more southwest and then cool off tomorrow night.''

The outlook for August to October suggested the milder conditions could continue for the rest of winter due to more easterly winds, he said.