Back-up plan if no hotel 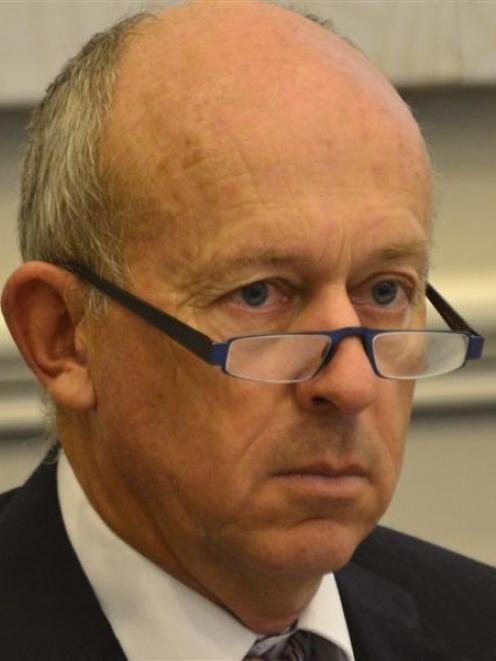 Steve Rodgers.
The developers behind a proposed $100 million waterfront hotel in Dunedin have a back-up plan if their bid is rejected by the Dunedin City Council.

Betterways Advisory Ltd director Steve Rodgers yesterday confirmed a three-storey office building was the ''back-stop position''. It was likely to proceed if the bid to build the 98m-high hotel and apartment tower failed.

However, with only days to go until a decision on the hotel was expected, Mr Rodgers remained confident of a ''positive answer'' from the council's hearings committee.

The land had been owned by Dunedin property developer Tim Barnett, who had a conditional deal to sell the land to Betterways if the hotel went ahead.

Mr Rodgers' new company had also gained a five-year time extension for an existing resource consent attached to 41 Wharf St, which allowed a three-storey office block on the site.

The original consent was obtained by Mr Barnett in 2008, but had not been used, and was due to expire next month.

The building - which would include office space, car parking and a residential apartment - had been delayed over the years by council harbourside and roading plans, as well as an Environment Court battle.

Those hurdles had only just been overcome when Mr Barnett was approached by Betterways, seeking a deal for the hotel development.

Mr Rodgers told the Otago Daily Times yesterday the decision to buy the land and extend the consent's deadline was ''simple prudence''.

''You don't put all your eggs in one basket.

''The logic is if we don't get the hotel, we need to do something with that land.''

Wharf Street Property Ltd's consent application said the land purchase was required because of the length of time the hotel consent process was taking.

''We own it because we wanted to prove to the city that we are committed to the city.''

Details of the consented office block remained unchanged, and he laughed at any suggestion a three-storey hotel could be built instead.

''For us to have a five-star hotel, it has to be in a building the size that we have applied for [98m]. It is not economic any other way.

''We have no intention of having a three-storey hotel.''

He could not say if a decision to decline consent next week would be the end of the hotel debate, as appeals could follow whatever the outcome.

''I don't know the answer to that ... We aren't concentrating at the moment on anything other than a positive answer.''