Bags of fun being back in the schoolyard 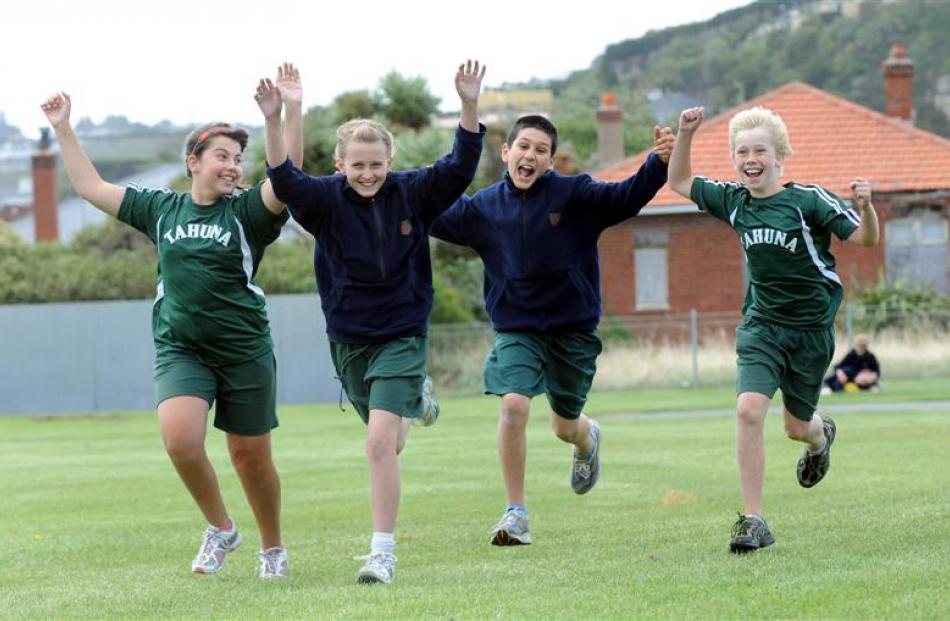 Happy to be back at school are (from left) Juliette Bernard (12), Georgia Cook (11), Dan Skaf (11) and Toby Black (12), at Tahuna Normal Intermediate, Dunedin, yesterday. 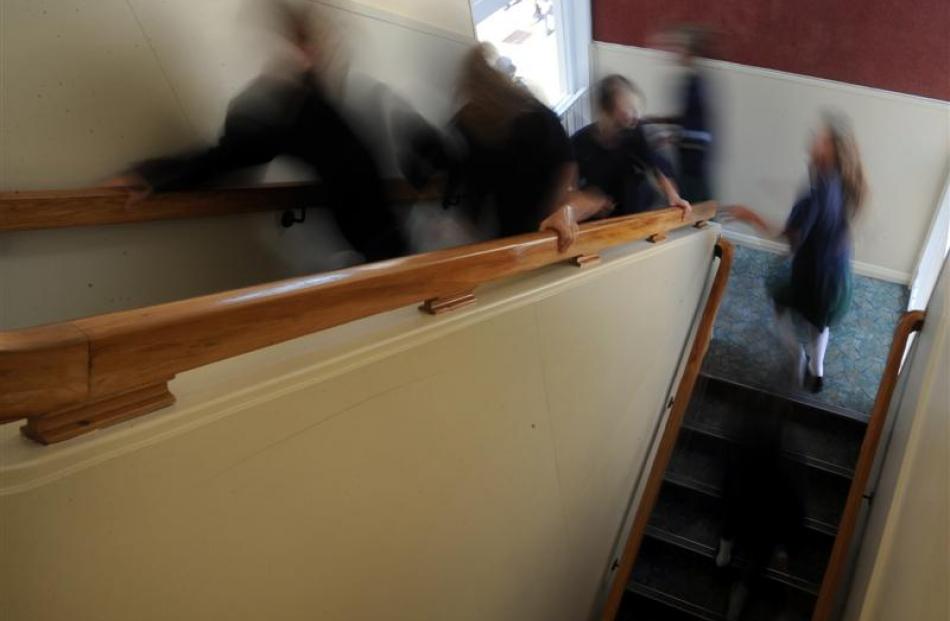 Tahuna pupils rush back to class. 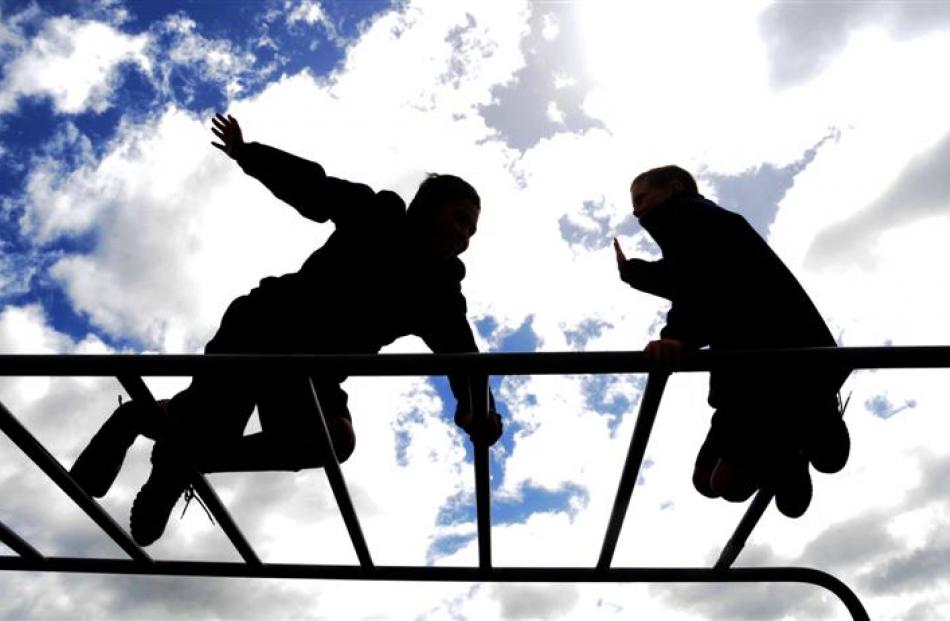 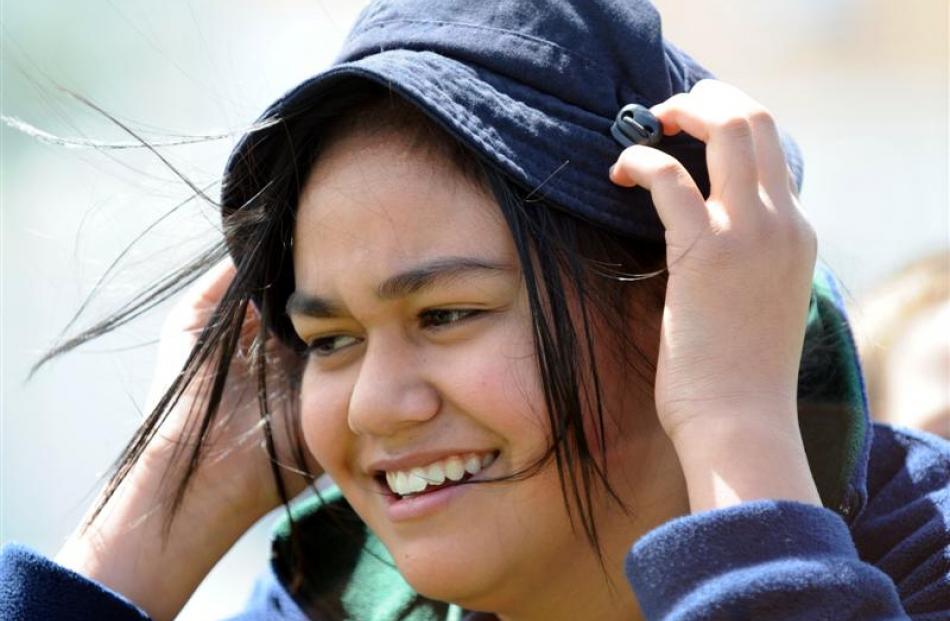 Waimirirangi Pohatu (12) holds on to her hat. 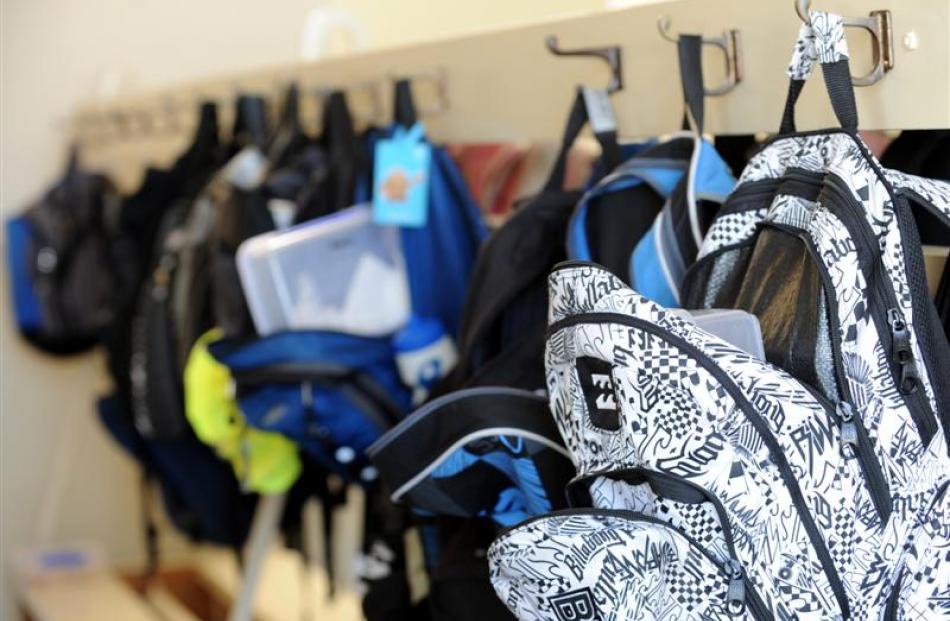 Bags hang on their hooks. 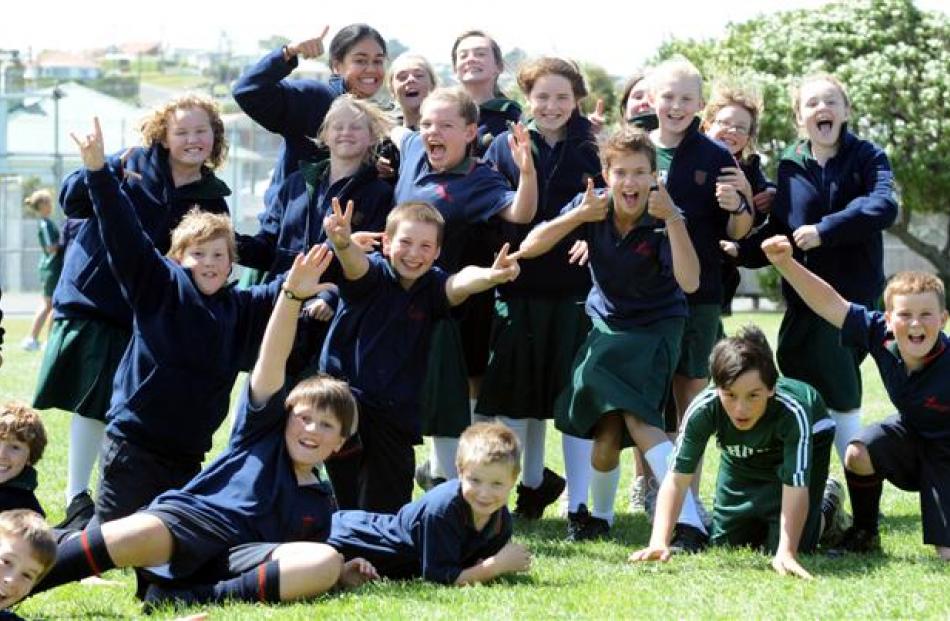 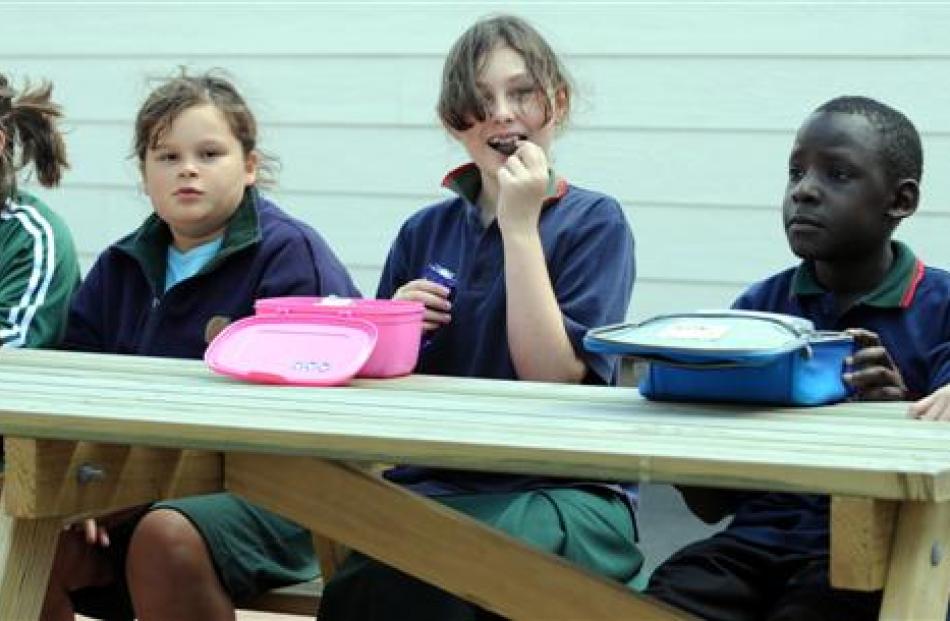 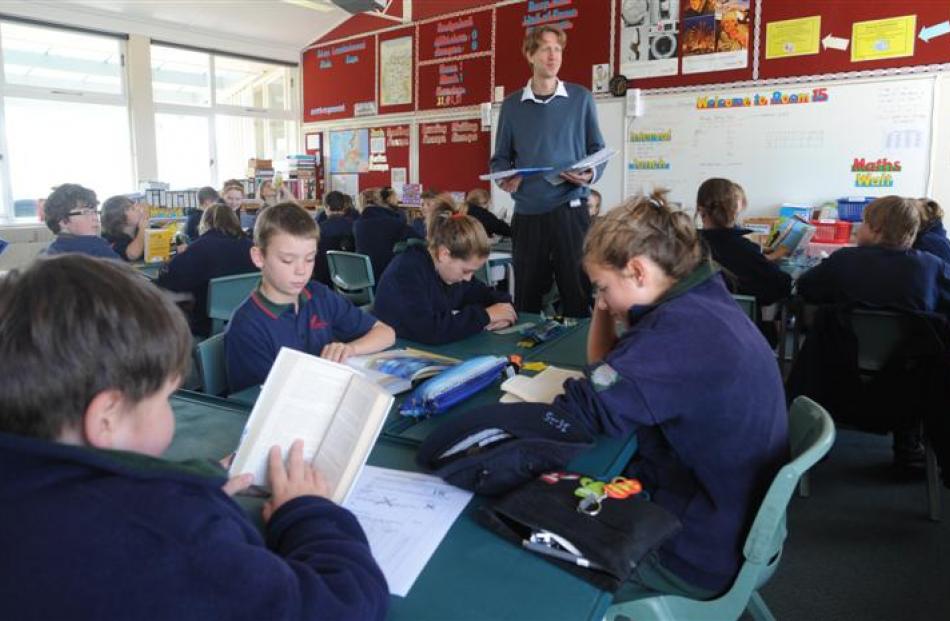 David Owen has some quiet time with his year 8 class on the first day back at school.

The long days of summer, when a maths problem was gathering enough coins for an ice cream, holding a pen became an unfamiliar concept and problem solving was helping pitch the tent, were left behind by thousands of children yesterday as they returned to classrooms for their first day back at school.

Among them were Georgia Cook and Dan Skaf, fresh year 7 pupils at Dunedin's Tahuna Normal Intermediate, whose first days were breezy.

Stormy weather disrupted Dan's effort to get a good sleep on Sunday, but an energy drink in the morning, "to give me a boost", saw him right.

"I've met some new people and some people I have not seen for a while," he said.

Georgia was "really excited" about her first day at a new school, and in a new uniform, but said it did not feel like school just yet as it had been quite relaxed.

After a powhiri and assembly at 9am, the pupils found their way to their classrooms where the getting-to-know-each-other began.

Games and poetry led to interval mid-morning, which provided a quick blast of fresh air to see the pupils, and teachers, through to lunchtime.

Finding the sports equipment, canteen, tables to eat lunch at and new favourite hang-outs did not take long, before it was back to class for the afternoon.

Returning pupils Juliette Bernard and Toby Black were glad to enter the higher status of year 8 and enjoyed showing year 7 pupils around the school.

"We told them everything they need to know," Juliette said.

For Toby, being back at school simply meant catching up with friends again.

"I was looking forward to it because I've only seen one of my friends during the holidays."

He was also glad his new teacher was taking it easy on the class - "he is not making us work end-of-year hard stuff".

Principal Tony Hunter said the day was "amazing because we have half a new school".

"[Though] it always amazes me how quickly they come together and become one school," he said, adding Some pupils worried about their first day but he advised them to not be afraid to ask questions.

By 3.10pm, the pupils were heading home to share stories of new friends and teachers, and to personalise their new stack of stationery, ready for today.