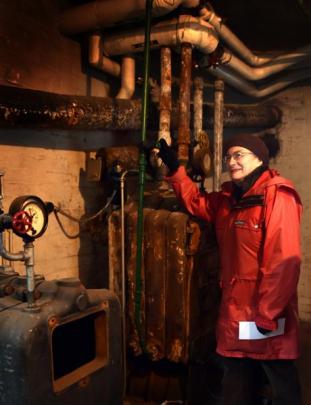 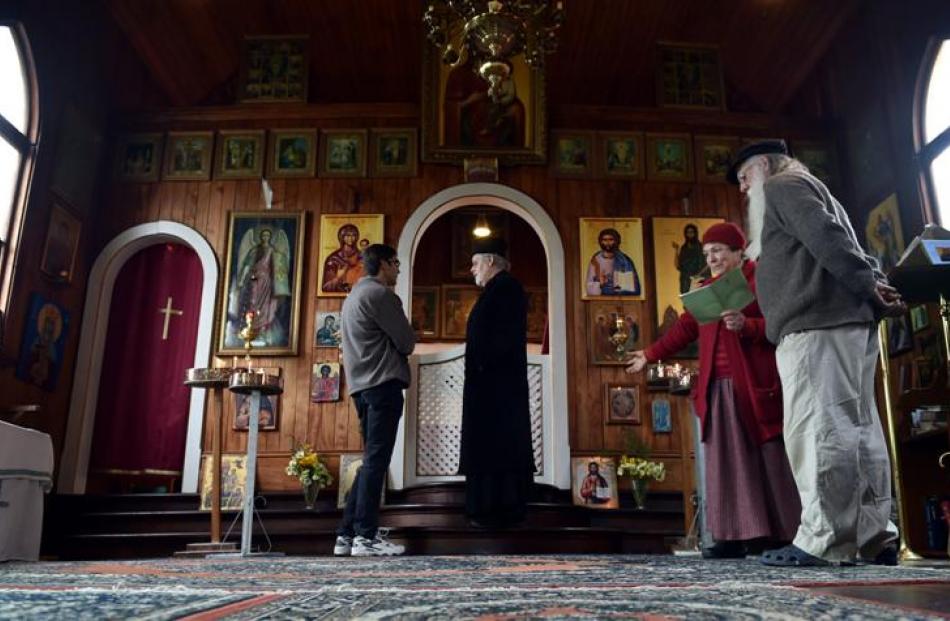 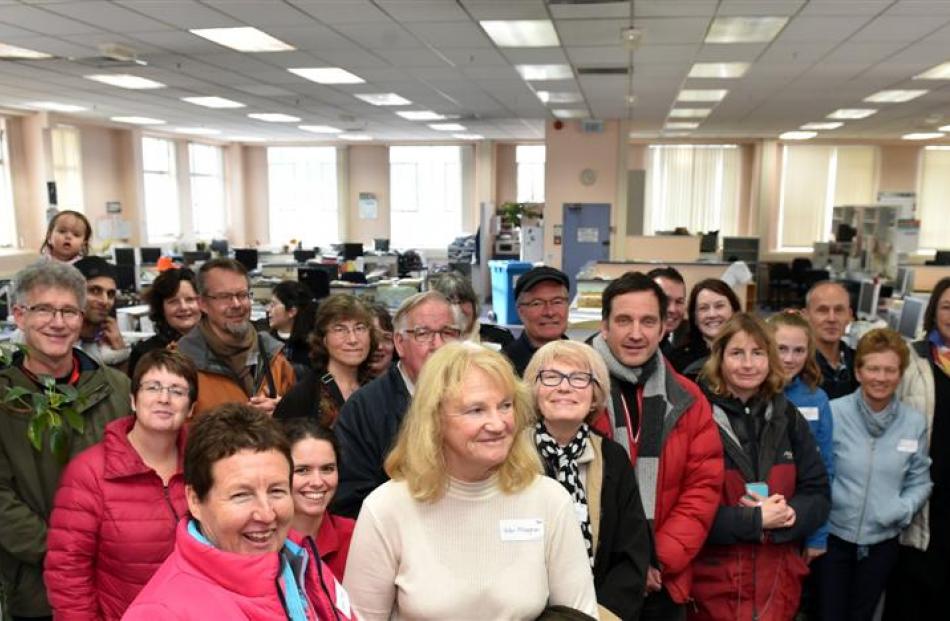 Festival participants take a tour of the editorial floor of the Otago Daily Times building on Saturday. 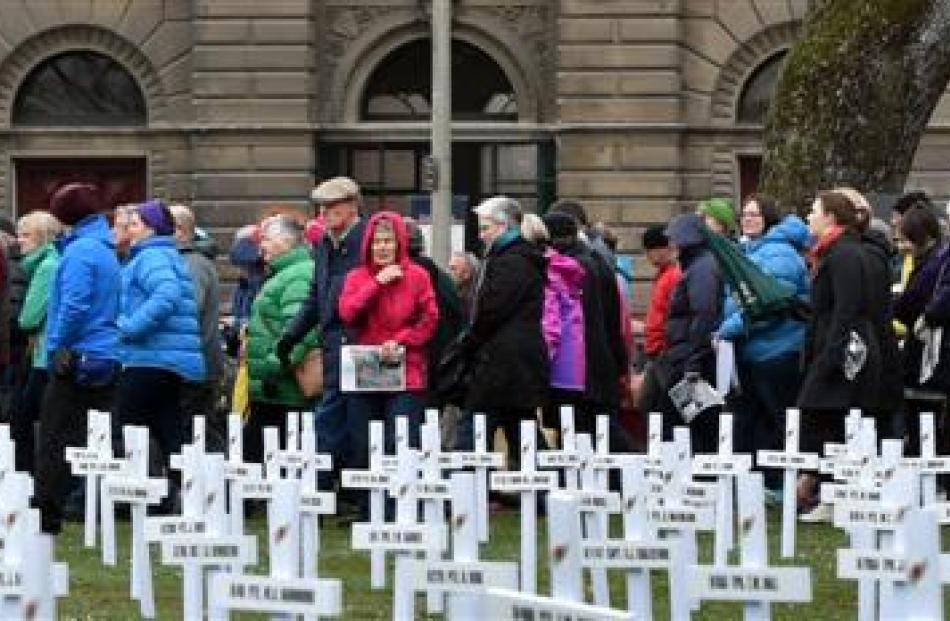 People taking part in the Dunedin Heritage Festival walk past the 693 crosses in Queens Gardens to mark the 100th anniversary of Chunuk Bair. 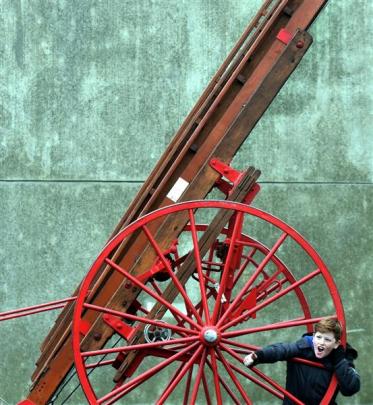 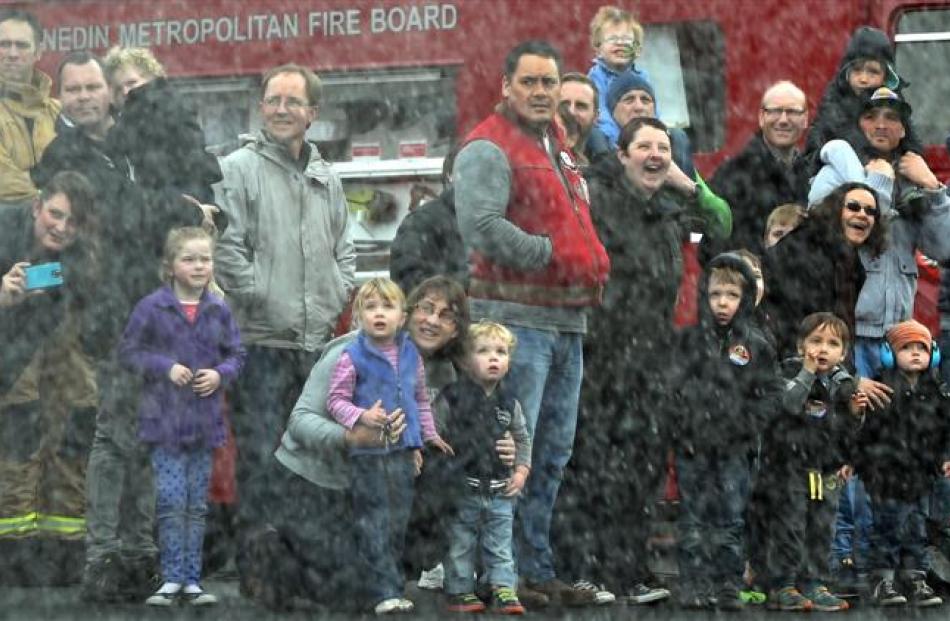 Those at the Dunedin Central Fire Station stand back as water is sprayed from high pressure hoses. 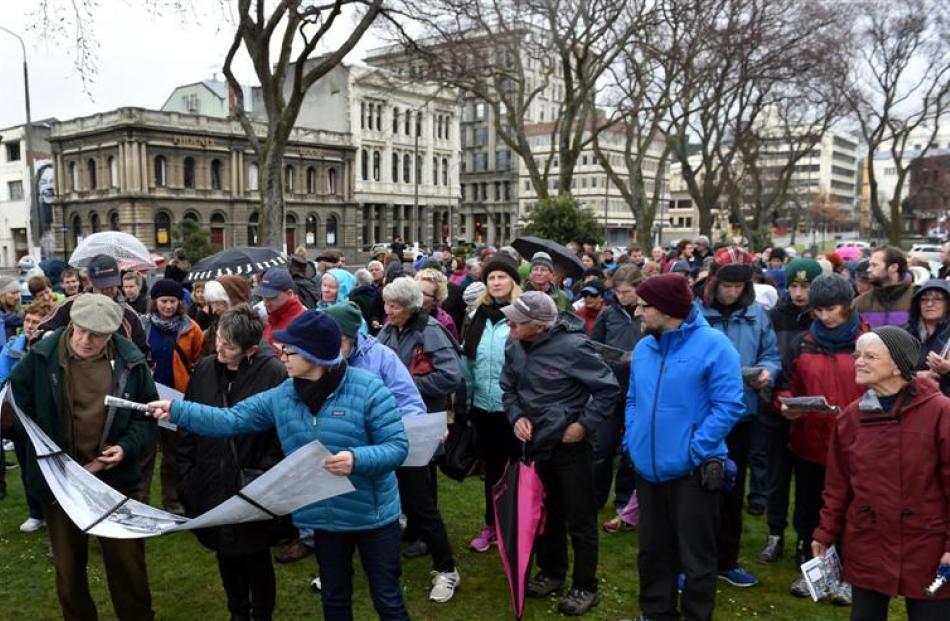 People stop at Queens Gardens yesterday during a guided walk of the original shoreline, as part of the Dunedin Heritage Festival.

As open days go, it doesn't get much bigger than this - the Dunedin Heritage Festival has been a hit.

The support from building owners and the public had been ''marvellous''.

The biennial festival had been held five times since 2007 and she expected this year's festival to break the record for the most people attending.

More than 250 people attended the guided walk of the original shoreline yesterday.

''He has made a huge contribution to Dunedin's heritage,'' Mrs Barsby said.

Dr Hazelton said he was ''shocked but really humbled'' by the award.

Visitors appeared universally enthralled on Saturday as they toured 64 of Dunedin's historic buildings, investigating some of the often seen but seldom explored city sights.

Most of the buildings offered free entry, many offered guided tours, and some, such as Olveston Historic Home, opened parts of their buildings usually hidden from public view.

Olveston allowed access to its basement, including its wine cellars, storage rooms and its original boiler room.

Although the boiler room's gas generator was removed from the house some time ago, the home's original 1906 central heating and hot water boilers were still in place.

Visitor Cynthia Greensill, who lives close to Oveston, said having the chance to go beneath the building to its functional bowels was a ''great opportunity''.

''I've been very much eyeing the [Olveston property's] gardens, so it's good to look around some of the parts you never get to see.''

Kirk Hinten said after spending years riding his bike past the church's understated road frontage, finally getting the chance to see inside was a treat.

The Dunedin City Fire Station hosted hundreds of visitors over its three hours of displays, demonstrations and activities.

Children crawled through an inflated maze to simulate escaping from a fire, and had the chance to handle the hoses and direct the water at targets.

Toitu's children's activities had been a hit, staff said, while the historic Dunedin prison had filled its 50 tour spots and had to turn away many more, such was the interest in the building.

The Dunedin Public Art gallery saw a significant rise in weekend visitor numbers as its showcase photographic exhibition ''Dunedin 1865: A City Rises'' drew in a constant stream of viewers.