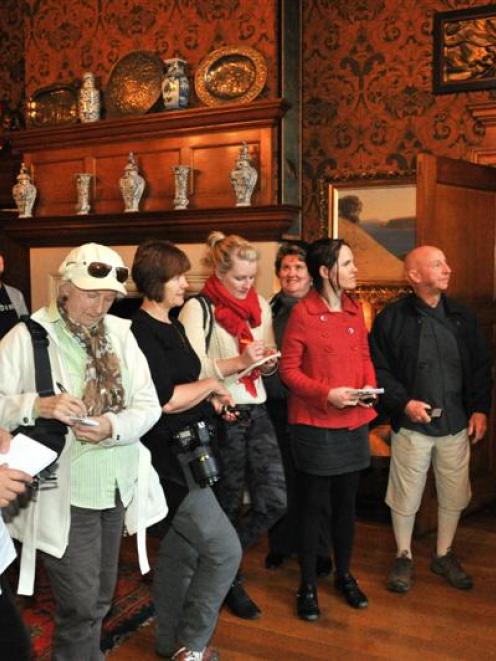 The visit by New Zealand travel writers in the Travcom group was paid for by the two regions they visited, with Tourism Dunedin funding their visit to Dunedin over the weekend.

Tourism Dunedin host Betty Mason-Parker, who took the writers around Dunedin sites, including Olveston, the Otago Farmers Market and Otago Peninsula, expected the coverage they would give the city to boost visitor numbers.

''We are just trying to show them what we do well and give them some stories to write about,'' Ms Mason-Parker said.

The range of publications they wrote for, which included everything from major newspapers to industry magazines, meant a wide audience would get to see what Dunedin had to offer as a tourist destination, Ms Mason-Parker said.

The writers came to Dunedin after visiting the Clutha and cycling a portion of the recently opened Clutha Gold cycling trail.

Travel writer Sarah Lang said on Saturday she had enjoyed her trip so far.

She would write up to three stories from the trip to Dunedin and the Clutha for the Herald on Sunday.

Ashleigh Gilchrist, who writes for conference magazine Meeting Newz, said she liked what Dunedin had to offer as a conference destination.

With the Dunedin Centre reopened and refurbished, businesses and other organisations were just beginning to look at Dunedin again as a place to hold annual conferences, Ms Gilchrist said.

She rated the conference facilities at the Dunedin Centre as among the best in the country.