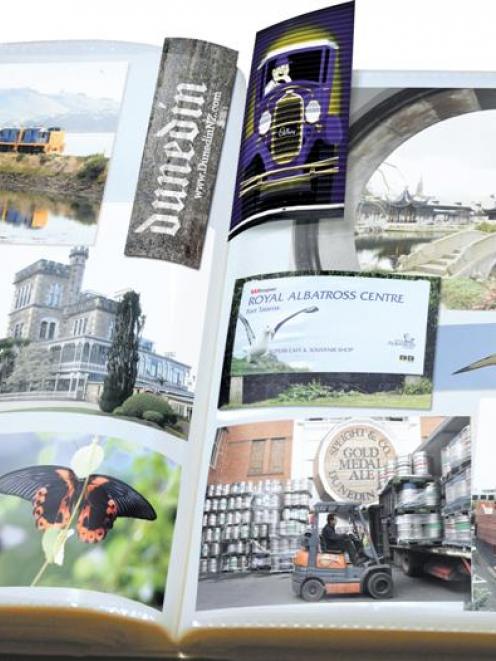 Dunedin tourism operators will be happy just to maintain the status quo this year, in what they describe as a tough market.

Visitor numbers have been declining since a peak about four years ago, and those in Dunedin's tourism industry do not expect an increase any time soon.

Many were happy to have maintained annual visitor numbers in 2012, given the previous year's Rugby World Cup.

But some were not so lucky.

Taieri Gorge Railway chief executive Murray Bond said business was declining and he did not expect an improvement until at least 2014.

''A lot of people are avoiding Dunedin at the moment for reasons related to Christchurch and the lack of accommodation in Christchurch, as well as the general economic situation and the high dollar.

''The numbers we get off cruise ships are slightly up, but general tourist numbers are significantly down because the market is extremely difficult at the moment,'' he said.

The company limited its trips, and the number of carriages, to ''minimise any financial damage'', Mr Bond said.

But numbers had since declined and in the six months to December 31, 2012, they were down 9% on the previous corresponding period.

Larnach Castle had also noticed a decline of about 5%.

Actual numbers were not disclosed, but sales and marketing manager Deborah Price said last year was tough and it was hoped visitor numbers in the 12 months to June 30 would rival those of the 2011 financial year.

To date, there was a 1% increase on the corresponding time last year, she said.

''There may be reasons for this other than a drop in visitor numbers to Dunedin generally, as other tourist operators for example have been established on the peninsula during that time, which may influence the spread of visitors to each attraction,'' she said.

''We are confident the forest has embedded itself as a popular experience and that's why we are seeing a stable visitor base,'' Ms Wilson said.

Speight's Brewery tour manager Chris Snow said there had been less than a 1% change in visitor numbers since 2011, which pleased him considering the ''tough'' tourism market.

''We've been really lucky to have Contiki coming back to Dunedin and to be included in those tours, which keeps our numbers steady,'' he said.

He had noticed ''a bit'' of growth in the cruise ship market recently and expected overall tour numbers to remain static this year, Mr Snow said.

Dunedin Chinese Garden manager Margo Reid was ''extremely happy'' with the results for the six months to December 2012, visitor numbers being almost 3000 higher than the previous corresponding period.

''Over the last six months, our revenue streams have been good and that will be because our numbers are up on this time last year, but comparatively they should be higher if people are spending the same amount of money on extras like merchandise.

''The visitors aren't doing this and we are hearing the same from other operators and retailers as well,'' Ms Reid said.

''The lack of quality accommodation in Christchurch, coupled with the increase in short-stay visitors from new markets, is resulting in growth to the North Island,'' he said.

But Dunedin was seeing more cruise ship and coach tour passengers than previously, as well as a slight increase in the average length of stay, Mr Saxton said.

More Christchurch and Canterbury residents were visiting Dunedin, which was becoming the South Island's ''premier urban experience'', he said.

''Dunedin offers a compelling holiday experience and, in spite of the economic conditions, I consider that the visitor economy is doing a really fine job in demonstrating its resilience and adaptability,'' he said.