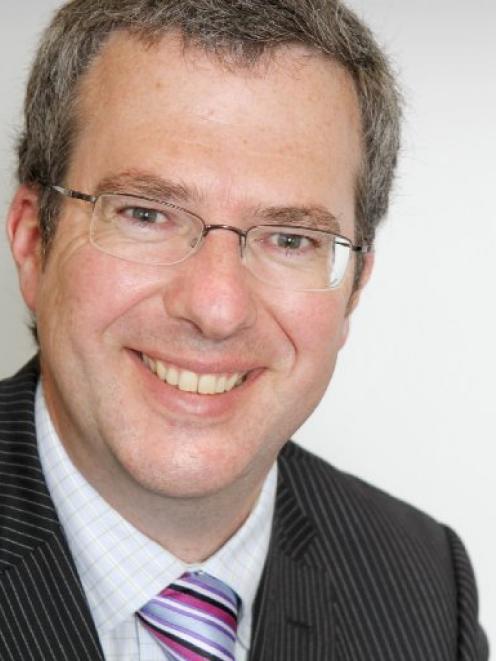 Hamish Saxton
Tourism Dunedin is working on attracting more conferences to Dunedin after the city failed to meet its market-share targets for conferences in 2011 and sits behind target in 2012.

The aim was to attract 5% of New Zealand's convention business to Dunedin in 2011 and it attracted 4.2%, the agency's annual report said.

It was also down on its targets for shares of delegates, delegate days and association events, and is behind year-end target in all areas for 2012.

The targets took into account the closure for refurbishment of the Dunedin Town Hall and Dunedin Centre venues.

Tourism Dunedin chief executive Hamish Saxton said it had been tough without those central function centres for several years.

Although new conference facilities at the Forsyth Barr Stadium had since opened, large-scale conventions and conferences often needed a range of venues and meeting rooms, and not having a wider range was affecting business.

However, things had actually been better than anticipated, as Dunedin had picked up some conferences and events from Christchurch after the earthquakes, he said.

Things were expected to start improving in 2013 after the Dunedin Centre and Town Hall reopened.

There was already interest and a dedicated business events promoter was working hard on attracting more conferences.

It was hoped Dunedin's market share of conference and convention events would increase after the venues reopened.

Other than that, there was good news on the visitor number front, with a 4% increase in visitor nights, exceeding the forecast 2.1% increase.

That could be attributed in part to hosting events during the Rugby World Cup. Mr Saxton said it was a great result, considering the year was a challenging trading period in the wake of the ongoing global financial crisis and repercussions of the Christchurch earthquakes.

The coming cruise season was also expected to be the biggest ever, with 89 ship visits and 230,000 passengers and crew members.