The opposition leader has said he will ensure the institution's concerns are aired in Parliament. 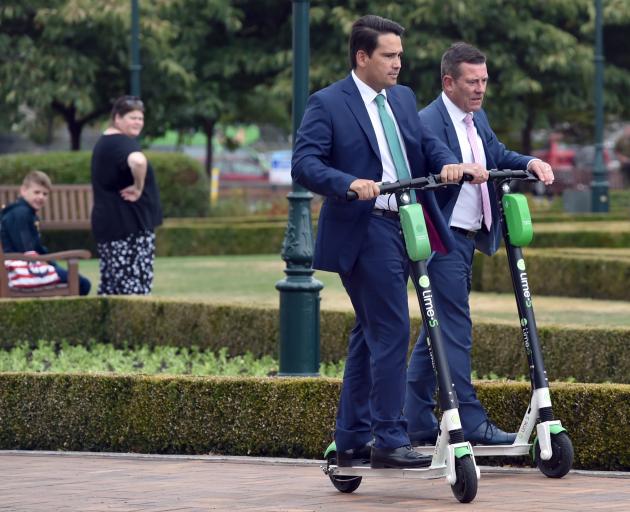 Mr Bridges said he would ''definitely'' raise some of the questions discussed with Mr Cullen and Ms Brady in Parliament. He gave some credit to Education Minister Chris Hipkins for trying to fix issues with the polytechnic system.

''He's just got to be very careful that that's what he does, and that doesn't make things worse, which is a real danger here.''

''I think, for me, it's good just to listen, get a sense of what one of our best polytechnics is saying,'' Mr Bridges said.

''We, like Otago Polytechnic, want to be constructive and in it that regard we are sort of taking our lead from them.''

Mr Bridges said the Government had a view of ''one-size-fits-all'' centralisation.

The Government's proposal would result in New Zealand's 16 vocational training institutions being merged into one national school, with a governing body which would have control over capital and operational budgets, staffing, and learning management systems for all polytechnics.

Ms Brady said Mr Ker's draft plan was already receiving ''favourable feedback'' from other industry training providers, and a formal submission based on Mr Ker's proposal would be made at the end of March.

Mr Bridges listened to Ms Brady and Mr Cullen's concerns, and issues raised by Otago Polytechnic council member Megan Potiki, on the relationships between the polytechnic and local iwi.

Mr Bridges asked if the polytechnic wanted to retain its own marketing, praising the way the polytechnic marketed itself, but Mr Cullen said he felt too much money nationally was spent on marketing in the sector, putting it at about $40million.

''We more operate on reputation.''

Mr Woodhouse said the National Party had already quizzed the minister on the location of back-office function roles, and keeping brand identity.

''If you can take a health qualification from around the world and say that it came from Otago, whether at the polytechnic or the university, people sit up and listen,'' he said.