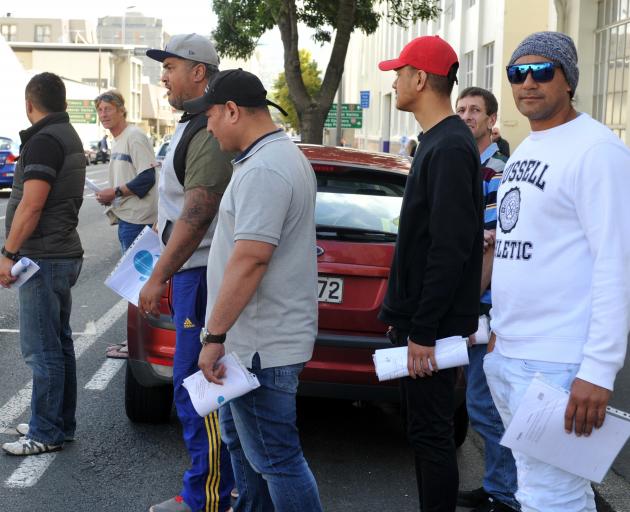 Cadbury staff leave a meeting where it was announced the factory would close and many would be without jobs. Photo: Christine O'Connor

There were tears as hundreds of Cadbury's workers were told the factory will close next year.

Most workers declined to comment after being told not to speak to media, but a few made their feelings known after the 10am meeting.

One man who had been working at the factory for about 30 years said the closure was not only a sad day for staff but also for Dunedin.

There were some tears at the meeting as workers were told the news, he said.

However, he had no hard feelings against Mondelez International, the owner of Cadbury.

"It's a company decision, a corporate decision, they have got to run a business.

The closure was no reflection on the workers who had all "done their best''.

The workers "were like family'' and would stick together to support each other.

He was surprised by the announcement.

"I don't think staff were expecting it.''

He was unsure whether he would stay in Dunedin.

Some staff, who would not be named, emerged from the meeting angry, while others said the writing had been on the wall.

"Anyone that thinks it's a surprise is stupid.

"We have been expecting this for years,'' one man said.

"They have been taking money out of the company ever since Kraft [which later became Mondelez] took over,'' another said.

There was a mixture of emotions from staff at the meeting.

"Some are upset. Some aren't,'' one staff member said.

Others said the mood was "sombre'' and staff were hurting.

"People have been here a lot of years,'' one man said.