Call for transparency over state of church 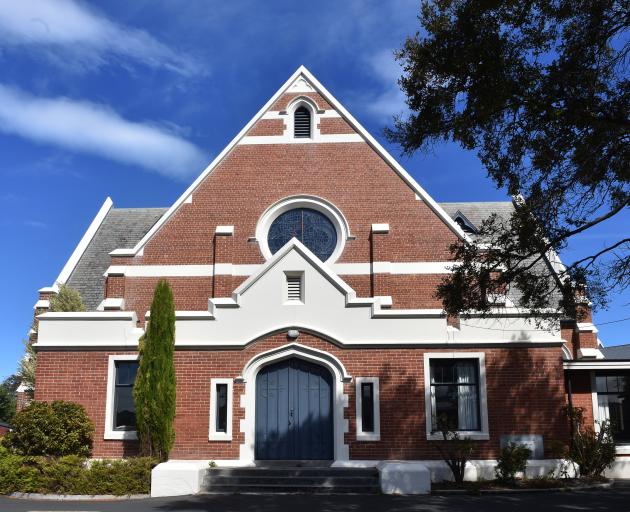 The Highgate Presbyterian Church in Maori Hill. Photo: Peter McIntosh
A newly formed group opposed to the demolition of a Dunedin church say church leaders need to be more open about the state of the building.

The Highgate Presbyterian Church in Maori Hill, which has been closed since 2016, is set to be demolished because it is considered an earthquake risk and the cost of strengthening the building is prohibitively high.

A group has been formed by Dunedin businessman and academic Richard Macknight to try to save the building.

Mr Macknight said a full engineering assessment had not been done and the church needed to be more open about the reports it had on the condition of the 100-year-old building.

While he was not a member himself, the church was a defining landmark at the centre of the Maori Hill community, Mr Macknight said.

''These are significant buildings for the whole community and should be protected.''

Even if a reasonable amount of money was needed to strengthen the church, there were still 30 years to do it.

''I don't think the church is thinking about the long term or the communities these churches are important to.''

An online page had been set up and a public meeting was planned for next week.

The fact the church was using the nearby Coronation Hall, which was also earthquake prone, showed the condition of the building was not the sole reason for the demolition, he said.

''By bringing it to the community at large, hopefully a solution can be found which everyone can be happy with.''

He was yet to approach anyone within the management of the church but planned to do so once the group was more established.

Highgate Presbyterian Church minister the Rev Geoffrey Skilton said he did not want to comment on Mr Macknight's views about the state of the church.

The church had done what was required of it and the work was already consented, Mr Skilton said.

It would be up to the church's leaders to decide if a meeting should take place between the two groups but so far there had been no approach or communication from Mr Macknight or anyone else, he said.

An office building on the site and the land would be kept.

One member of the congregation, who did not want to be named, said she believed many of those who still attended the church wanted the building saved but were afraid to speak out.

She was very supportive of the group's aims and expected other members of the congregation to join as it gathered support.

DCC doesn’t seem at all motivated to save church buildings, even those which can function as community meeting venues. Cr Benson-Pope is known to be a champion of heritage buildings. Cr Hawkins is known to be a champion of community development. Maybe they need to devise a motion to bring this issue to the council table. If any local church has community building potential, it is the Kaikorai Presbyterian Church, which is located on a transport hub and has meeting rooms with plenty of parking.