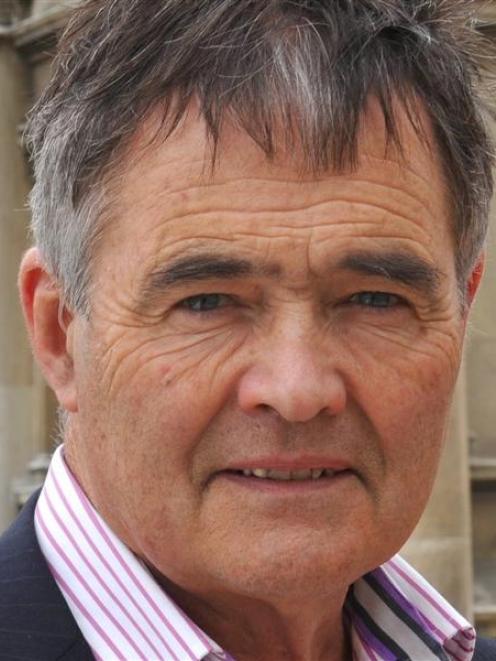 Dave Cull.
Shifting Invermay jobs north might be part of a wider Government push, which is seeing the rest of the South Island being ''cannibalised'' to support Christchurch, Dunedin Mayor Dave Cull says.

Instead, AgResearch chose to stick with the ''core'' of its ''future footprint'' proposal, which means slashing about 82 jobs from Invermay and shifting animal productivity scientists to Lincoln.

Both AgResearch and Minister of Science and Innovation Steven Joyce disputed Mr Cull's comments, saying supporting the Christchurch rebuild following the Canterbury quakes did not come into the organisation's plans.

Mr Cull said the CMT report raised issues about both the scientific and financial rationale of AgResearch's plans of slashing Invermay jobs, which caused him to question its motivations.

''It leaves you wondering whether this is simply a way of bolstering Lincoln [University] and [the Christchurch rebuild].

''Lincoln is a struggling university. It's got very little genetics capacity. You have really got to be very suspicious about what the motivations for doing this are,'' he said.

The slashing of jobs at Invermay was part of a wider trend, which had previously seen the loss of 73 jobs at Dunedin's New Zealand Post mail centre, with jobs being moved to Christchurch.

''It appears that every time capacity is reduced somewhere in the South Island, if it's going to go anywhere it all, it seems to go to Christchurch.

''It almost seems as if the rest of the South Island is being cannibalised to support Christchurch,'' Mr Cull said.

This went against the lesson learned from the Christchurch earthquakes, that it was important to spread capacity across different centres.

''You should distribute your capacity ... so that if there is an earthquake [or another natural disaster] you are not completely dependent for the whole island on one place.''

A spokesman for Mr Joyce said AgResearch's plan was made by its board of directors in consultation with farming stakeholders and was ''completely unrelated to the Canterbury earthquakes and rebuild''.

''There is absolutely no truth to Mr Cull's suggestion that it is being done to bolster Lincoln University or the Canterbury economy.''

Asked whether Mr Joyce was concerned the CMT report recommendations had been ignored by AgResearch, the spokesman said: ''The minister hasn't seen the specific CMT report, but was aware of the change process and engagement with AgResearch staff that was being undertaken by AgResearch's board and management.''

He reiterated that Mr Joyce would ''thoroughly test AgResearch's process, but final decisions are a matter for AgResearch's board''.

''The minister has assisted in arranging meetings with Mr Cull and AgResearch and he would encourage Mr Cull to take up his concerns directly with AgResearch at his upcoming meeting [next week].''

''These include the presence of significant, agriculture-focused tertiary institutions, large research organisations with significant capability, and industry bodies and private sector companies who are all keen to develop and grow these hubs further.

Mr McSweeney was also keen to point out the CMT was not a senior management body, as had been ''inferred'' by some who commented on its leaked report.

It was formed during the consultation process to summarise the feedback from staff who made submissions, and then disbanded, he said.

He also noted that of 245 total staff submissions, 21 related to Invermay.