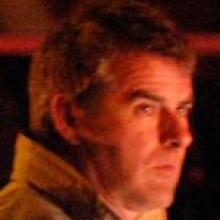 Geoffrey Kennedy
A former Dunedin property developer and his Colombian partner, who went to elaborate lengths to elude police over a $NZ2.4 million cocaine importation, have been sentenced to 11 years in an Australian jail.

Geoffrey Kennedy (53) and Jennifer Romero-Maya (30), who had lived in New Zealand, flew to the Gold Coast to orchestrate the importation of 1.8kg of pure cocaine from Argentina in August 2008.

They spent $A4200 on "elaborate" arrangements with couriers, mobile phones and apartments to avoid detection, the court heard.

But German authorities had intercepted the drugs through random checks on two parcels in Leipzig, on the way to Australia.

The drugs, worth up to $A1.9 million, were found stuffed inside hydraulic cylinders.

The Australian Federal Police were notified, listening devices were attached and the couple tracked to their Broadbeach hideout.

Romero-Maya and Kennedy were convicted in Brisbane on August 16, of attempting to possess a marketable quantity of an unlawfully imported border-controlled drug and were sentenced in the Supreme Court in Brisbane yesterday.

Their lawyers argued drug lords had threatened to kill their family and they were forced to act as couriers.

But during sentencing Chief Justice Paul de Jersey said he was satisfied no such threats were made because the couple had not warned family nor Australian or New Zealand police.

"You acted brazenly, the process for delivery carefully crafted to avoid detection and that's hardly amateurish," he said during sentencing.

Chief Justice de Jersey sentenced the pair to 11 years' jail. They will be eligible for parole in seven years and are expected to be deported to New Zealand upon their release.

Their 4-year-old daughter is expected to be cared for by Kennedy's former wife, who lives in Brisbane, where Kennedy's other two children also live.

Kennedy developed Harbour Heights in Highcliff Rd, Dunedin, and was involved in a 580sq m two-storey building development in King Edward St in South Dunedin at the time he was arrested.

He later sold the unfinished development.

Kennedy grew up in a family of five boys in Sawyers Bay, Dunedin, and attended King Edward Technical College.

The Otago Daily Times understands none of the family remains in Dunedin.

Dunedin people who knew him were last night generally unwilling to comment, although one expressed surprise someone as hard-working as Kennedy was involved with drugs.

- Reporting by AAP and ODT