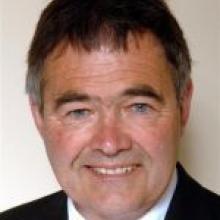 CULL_david_smile_191007__Small_.jpg
Delaying major capital projects will again be considered by the Dunedin City Council next week, as part of a drive to reduce a 6.1% rates hike forecast for the next financial year.

The move comes as Dunedin Mayor Dave Cull and Cr Syd Brown - the chairman of the council's new finance, strategy and development committee - warned the council remained in a tight financial position, with little room for new projects.

Councillors will gather on Wednesday to consider the 2011-12 pre-draft annual plan in a workshop, before a two-day public hearing begins on Thursday.

However, an 8.9% rates increase was still forecast for the 2012-13 financial year, followed by smaller increases in the years to follow, amounting to a 64.5% increase - when adjusted for inflation - over the next decade.

Cutting rates for 2011-12 by 3% was a good result, but a 6.1% rates increase was still too high and the savings drive would continue.

"I still think that 6.1% in an ideal world is too high, and we'll be looking for - probably - ways to reduce it if we can.

"Next year [8.9% in 2012-13] is particularly challenging, because it was always projected to be one of the highest ones, so I don't think we have a great deal of wiggle room at all."

Cr Brown agreed, saying he would raise the prospect of deferring major capital projects and other work planned over the next few years.

While reluctant to name projects he wanted delayed, the planned multimillion-dollar fourth stage of the Otago Settlers Museum upgrade was an example of a project that could be considered.

Conversely, the stage two Tahuna wastewater plant upgrade was a project that could not be delayed, he said.

Councillors would need to consider the council's financial position and whether projects were essential, or merely desirable, Cr Brown said.

"Some of these decisions are going to cause some concerns in the community ... but I think we need to look at the big picture and say 'have we got prudent financial management going forward?'."

It was the second time Cr Brown had led a push to delay major capital projects, after a similar move last year.

Councillors would next week also discuss whether self-imposed financial limits - for example, restricting the council's interest payments to not more than 8% of total revenue - were reasonable, or too restrictive.

"At the moment, the only wriggle room that I see in council's budgets is prioritisation and trade-offs.

The proposed rates increase included a 5.3% increase in the general and community services rates and a 7.1% increase in other targeted rates, such as water, drainage and kerbside recycling.

The plan forecast debt levels dropping below $240 million with the completion of the stadium later this year, then rising to peak at $280 million in 2013-14 before dropping steadily to below $200 million by 2020-21.

Mr Cull agreed the changes were not significant, but predicted other savings would be more difficult to achieve.