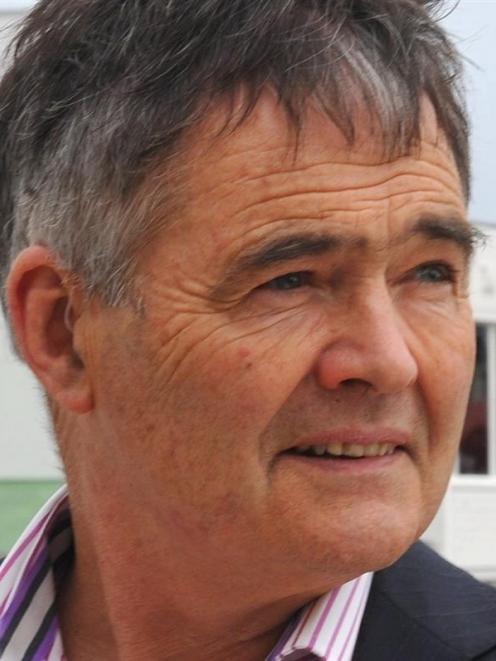 Dave Cull.
Dunedin Mayor Dave Cull has accused AgResearch of a ''disingenuous cover-up'', saying a letter it sent in April gave the impression it planned to invest in Invermay, rather than cut jobs.

Mr Cull yesterday stood by his comments, which he made at a mayoral forum on Sunday night, but told the Otago Daily Times he did not want to ''ramp this up'' on the eve of today's discussions with Economic Development Minister Steven Joyce, over the proposal to shift 85 jobs from Invermay.

Mr Cull's comments at the forum were referring to a letter sent by AgResearch chief executive Tom Richardson in April, saying $100 million was going to be invested in AgResearch facilities.

''It gave the distinct impression that that was going to be at least partly at Invermay. It was a disingenuous cover-up.

''In fact, the decision may have been made, but that was not what they were telling us, quite officially,'' Mr Cull said at the forum.

An AgResearch spokeswoman yesterday provided a copy of the April 29 letter, which does not refer to any investment at Invermay.

In the letter, which was sent to more than 150 people, including Mr Cull and council chief executive Paul Orders, Dr Richardson also offered to answer any further questions recipients had.

When spoken to yesterday, Mr Cull at first said using ''cover-up'' was probably a ''little strong'', but later in the day stood by his choice of words.

He went on to say the comments were not directed at ''anything that AgResearch had said'' and were instead directed at other mayoral candidates, who suggested he should have known job cuts at Invermay were coming.

''What I intended to convey was the prior information that was put out regarding their intentions did not give any impression that they were gutting Invermay.''

He did not want the comments to raise tensions ahead of discussions.

''I'm not keen to ramp this up in the media in light of the fact that I am about to have meetings with AgResearch and with the minister.''

It was ''too early'' to say whether the delegation he was leading to Wellington to talk to Mr Joyce today would be successful.

''He didn't rule out the possibility that the Government would step in if they were convinced that there were great risks or that the reasoning behind the proposal didn't stack up.''

AgResearch was also ''increasingly willing to engage'', which suggested there was ''political will for a conversation'', Mr Cull said.

A spokeswoman for Mr Key said in a statement: ''The Prime Minister had a number of discussions around AgResearch's plans while he was in Dunedin last week but did not make any promises to step in.''

Mr Joyce had ''been taking a close interest in AgResearch's plans'', the spokeswoman said.

''The Prime Minister would expect AgResearch to report back to the minister on its final decision as part of that process,'' she said.

''Any decision on the future of AgResearch is an operational matter for the board. The Government has encouraged AgResearch to ensure it listens to its key stakeholders and staff during the consultation process,'' she said.