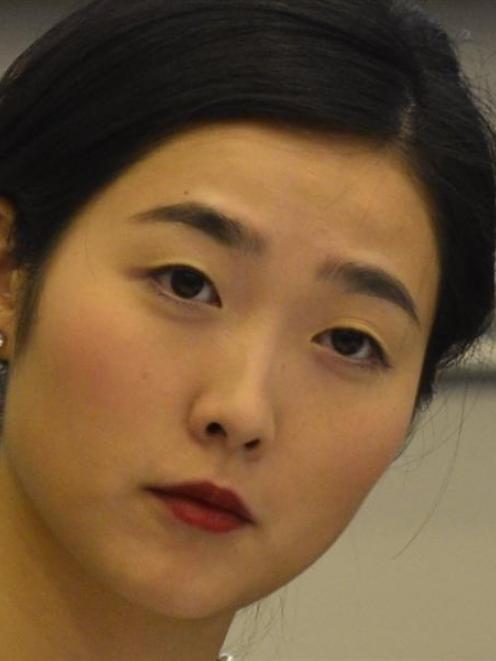 Jing Song.
Options to progress a $100 million waterfront hotel in Dunedin will be on the agenda when Dunedin Mayor Dave Cull meets the project's backers in Auckland today, it has been confirmed.

Mr Cull flew to Auckland late yesterday and would spend today discussing the hotel with Betterways Advisory Ltd representatives, including director Jing Song, and other professionals associated with the project.

Mr Cull told the Otago Daily Times he was attending to ''listen and explore options'' with the developers.

He expected alternative sites, designs and size would all be discussed, and he remained ''very positive'' a compromise agreement could eventually be reached.

''It's endeavouring to progress it.

''Now that I'm through the election I can pay a little bit more attention to it.''

However, Mr Cull could not say when an agreement might be reached, or what might happen to the Environment Court appeal lodged by Betterways earlier this year.

Betterways' appeal was lodged days after the Dunedin City Council's hearings committee decided in June to decline consent for the 27-storey hotel, and the company had until the end of this month to inform the court of its next move.

Ms Song had already indicated she was willing to compromise on the hotel's design, including its height, and possibly even its location, to secure an agreement.

However, Betterways lawyer Phil Page has also said the developers remained committed to making the site at 41 Wharf St work ''for both the hotel project and the city''.

He could offer no update when contacted yesterday, but said those behind the hotel remained ''mindful'' of the approaching court deadline.

Nearly 40 parties had lined up to join court proceedings, if the appeal was to proceed.

Mr Cull said the key to the talks would be agreeing on a concept, including a site, design and size, ''that suits both the city and the developers' ambitions''.

''It's always been a matter of what shape, size [and] site would be agreeable to both.

''Clearly, when you're a developer you've got certain bottom lines . . . It's a matter of finding a design package and a position package that fulfils all those and fits within the parameters of the city.''