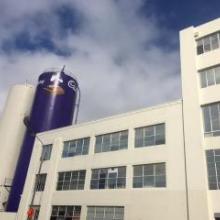 A Mondelez spokeswoman yesterday confirmed the ransomware,  named "Petya", had caused headaches with its weekly payroll service for its New Zealand staff, including in Dunedin.

Chocolate production had continued at the Dunedin factory, and staff had been paid on time, but only after payments made the previous week were replicated, a spokeswoman said.

That meant the amounts paid might not match hours worked this week, but discrepancies would be worked out next week, she said.

The payroll glitch had since been rectified, she said.The update came after it was reported yesterday production at Tasmania’s Cadbury factory had stopped late on Tuesday, after computer systems went down during the cyberattack.

Mondelez is among large, international firms targeted by the virus, which crippled computers by encrypting hard drives and overwriting files, and then demanded $US300 ($NZ410) in bitcoin to restore access.

Mondelez said its problems were now ‘‘contained’’, and it was working with global cyber-security agencies ‘‘to return to normalised operations as soon as possible’’.