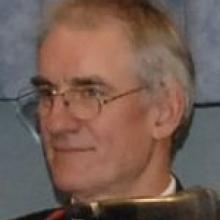 Athol Stephens
he Dunedin City Council is set to vote on Tuesday to accept $7 million for the Forsyth Barr Stadium from the Community Trust of Otago, and has released a letter from the trust containing details of the donation.

The money is coming in four $1.75 million instalments, the first at the beginning of the project, and the last when the stadium opens.

In February, the trust promised the money to the project, though the donation was $3 million short of the $10 million originally requested.

In a report prepared for the council meeting next Tuesday, DCC finance and corporate support general manager Athol Stephens  said those conditions had been met.

That left a final condition, that the council resolve to accept the donation and conditions, to be voted on this Tuesday.

Asked how the council had met the condition on consents when some of those were yet to be granted, Mr Stephens said resource consent was effectively approved for the project when a hearings committee approved a district-plan change to allow a stadium zone at the Awatea St site earlier this year.

Building consents had yet to be issued, but the trust was "not really worried about those".

Asked about the council's jurisdictional power, he said that had been decided by recent High Court action, and while that was being appealed, the council was confident it would win the case, and the trust had been kept advised of the situation.

Mr Stephens' report said the council needed to indicate the extent it considered the appeal, and pending legal action against the Otago Regional Council's funding contribution, represented threats to the project.

The report recommended the council accept the donation.