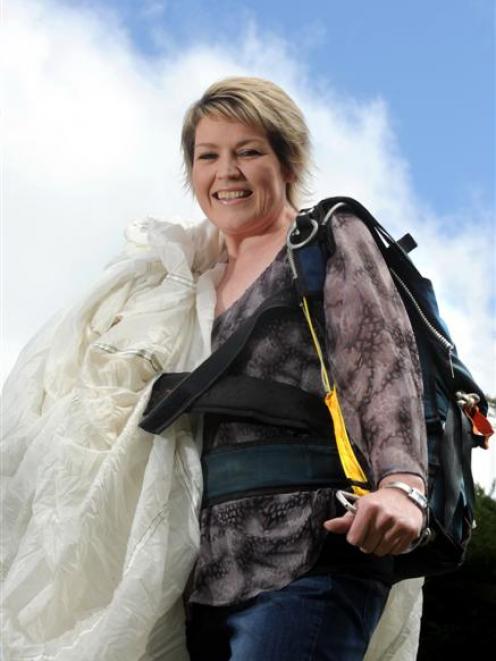 Amanda Burrow, pictured in Dunedin yesterday, has lost 50kg and is ready to mark her birthday by skydiving at 11.11am on 11.11.11. Photo by Craig Baxter.
Despite a fear of flying, Amanda Burrow could think of no better way to celebrate being alive than leaping from a plane.

Nearly a year after being told she would not see her 39th birthday, the Dunedin woman will mark the occasion by skydiving over Queenstown at 11.11am on November 11, 2011.

"What better way to start living life than jumping out of a plane?" 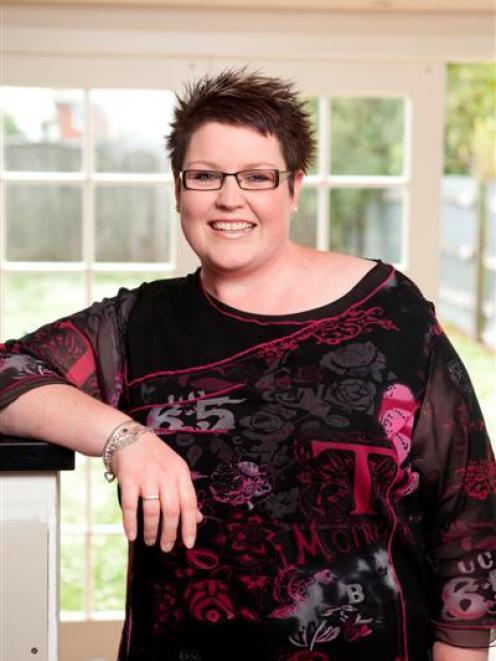 Amanda before her gastric bypass surgery. Photo supplied.
"I was a diabetic for 10 years and in denial for nine. My kidneys were shutting down," she said.

In December, she underwent lifesaving gastric bypass surgery, despite losing her 160kg mother to the same surgery.

"I was told if I did not have that surgery, I would not see 12 months. It was a no-brainer. It had to happen," she said.

Her diabetes was eliminated within 24 hours and, so far, she has lost 50kg, just 15kg shy of her goal weight.

"I've got my life back. I never knew any different until I was lighter and healthier."

Now, a dream of skydiving can come to fruition.

"I've always wanted to skydive but I've always been over the weight limit," she said.

When she "put two and two together" about the date, and how much it meant to her and her "amazing husband and children", she knew she had to do something special to mark it.

"I guess my whole point is to stamp my mark on life, the fact I have it 12 months down when they said I wouldn't, and being 50kg lighter."