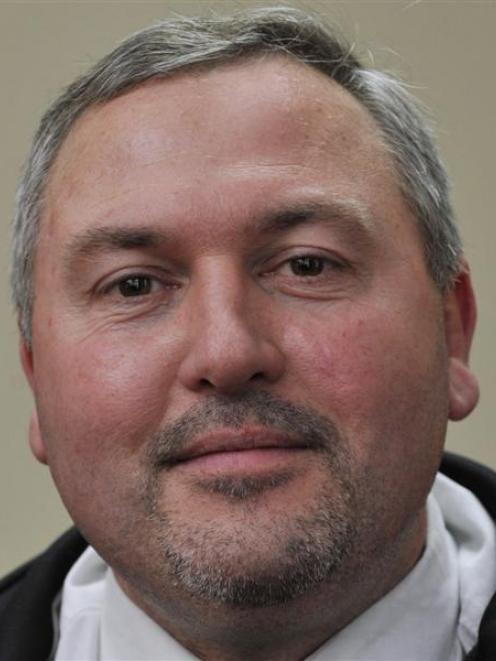 Guy Hedderwick
Allegations of inappropriate spending by a former manager at Forsyth Barr Stadium have prompted an angry retort from the company running the venue.

The claims came from former Stop the Stadium president Bev Butler in response to invoices and other documents released to her by Dunedin Venues Management Ltd, which runs the stadium.

Mr Hedderwick, who last year opted to take a part-time role as a DVML contractor, based in Adelaide, was until then responsible for a team of staff tasked with attracting sponsors and events to the venue.

His travel included overseas trips for conferences and meetings in the United States, Singapore and Italy, meetings with potential sponsors across New Zealand, and talks in major Australian cities.

Ms Butler said it was ''simply staggering'' so many bills had been accrued with seemingly little to show for it, but DVML finance manager Neville Frost hit back in a strongly worded statement in which he defended the spending as legitimate and ''frugal'', while attacking Ms Butler's ''completely inaccurate and ill-informed'' claims.

''Ms Butler's personal and ill-informed attacks on members of our company are disgraceful and speak to her complete lack of personal integrity,'' he said in the statement.

Mr Frost said Mr Hedderwick's bills amounted to $20,000 a year, including flights, accommodation and expenses, which was appropriate for his role promoting the stadium internationally to try to secure events.

All travel was approved, expenses were ''well within'' a daily allowance, and ''all are legitimate travel expenses actually incurred''.

Mr Hedderwick's work had been ''integral'' to securing more than $3 million in sponsorship and a long list of events during the period, from major concerts to sporting clashes, the Nitro Circus, an international rodeo and equestrian events.

As a result, more than 800,000 people had so far attended events at the stadium, Mr Frost said.

''DVML does not have any concerns about the level of expenditure incurred by Mr Hedderwick,'' he said.

Mr Hedderwick, contacted in Australia this week, declined to comment.

Ms Butler said Mr Frost's comments were ''symptomatic of a man caught in a vice''.

''You'd expect him to go on the attack and say it's inaccurate - despite me quoting from their own invoices.''

She insisted Mr Hedderwick's spending - and that of other DVML managers - should form part of the stadium review announced by council chief executive Dr Sue Bidrose.

Dr Bidrose would not be drawn on that when asked, saying only the venue's management and governance would be scrutinised. DVML operational matters were an issue for Dunedin City Holdings Ltd, but she had discussed Ms Butler's claims with DCHL chairman Graham Crombie this week.

It was also raised during DCHL board's meeting on Tuesday, she said.

Mr Crombie said yesterday Mr Hedderwick's spending would not form part of the wider stadium review, which would focus on broader management, governance and structural issues.

Any concerns about specific spending - if there were any - would be a matter for new DVML chief executive Terry Davies, who was due to start work next week, Mr Crombie said.