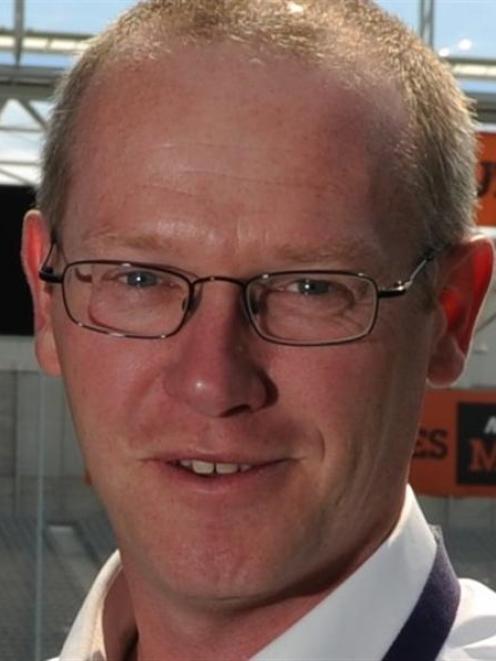 Darren Burden.
Ratepayers will not be hit in the pocket again despite the company running Dunedin's Forsyth Barr Stadium missing its mark by nearly $700,000.

However, the company had been forecasting an even better turnaround, with a $298,000 loss predicted for 2012-13 in a statement of intent published in July last year.

Mr Burden said the forecasts for 2012-13 were actually completed in early 2012, about 18 months before this week's results were released.

Because of that, they were also based on only about six months of trading by DVML, he said.

For those reasons, there was always going to be ''a level of uncertainty'', but the accuracy of future forecasts should improve, he said.

However, Mr Burden said the loss could be covered internally using income from other sources, such as ground memberships and other private sector sponsorship arrangements.

That meant there was no need for a fresh call for more funding from the Dunedin City Council, he said.

''That covers the overall loss.''

He also remained upbeat about the DVML's turnaround since last year, saying the company had turned a $302,000 loss, before rent and other payment obligations, into a profit of $2.46 million.

However, the company was still required to pay $4 million in rent each year to Dunedin Venues Ltd, to cover stadium debt servicing costs, which turned the operating profit into a loss, he said.

''That's a really, really positive thing for us . . . [but] we recognise there's still quite a bit of work to be done.

''Things are heading in the right direction.''

Dunedin Mayor Dave Cull said when contacted the company's target might have been ambitious, but he was encouraged it was ''heading in the right direction''.

''They both increased their revenues and decreased their costs, so in both areas where they can do anything, they've got a good result.

''I would be hoping that their forecasting would improve along with their results next time.''

His comments came after Dunedin City Holdings Ltd on Monday unveiled a much improved result for the council's group of companies, by turning a $5.1 million loss in 2011-12 into a $20.5 million surplus for 2012-13.

DVML's result had also improved on the back of a 23% increase in revenue, while costs were down by 10%.

The result also came after councillors in June increased funding for DVML by agreeing to a new $400,000-a-year events attraction fund, as well as $1.75 million a year - spread across DVML and DVL - to accelerate stadium loan repayments.

That brought the total cost of the stadium for the council to $9.125 million a year, also including reduced dividends and the council's service level agreement with DVML.

Mr Burden said prospects for better results were looking ''reasonably good'' after a good start to the 2013-14 year.

''It would be foolhardy of me to paint the ultimate positive picture, but what I can say is we've got some confidence now that everything is heading in the right direction.

''The aim for us is to get to a stage where we can at least cover the rent that we have to pay, and we're certainly heading in that direction.''