Tourists take in the sights around Dunedin: here at the Speights Brewery. 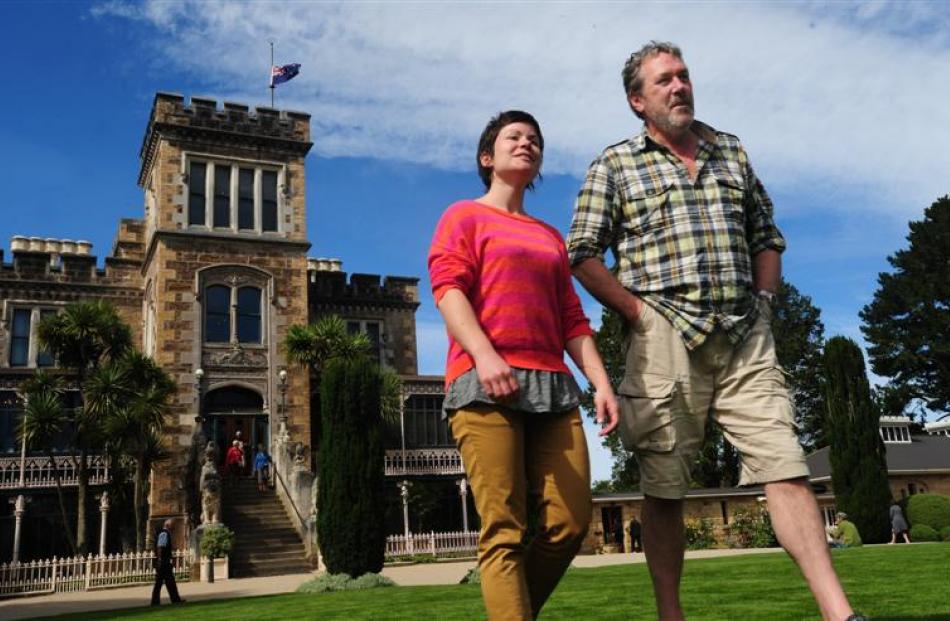 An expected Dunedin tourism boom from the Rugby World Cup last year was tempered by the ongoing impact of the Christchurch earthquakes.

Despite the downward trend, several operators improved on their 2010 figures, thanks largely to the lure of chocolate and beer, while others remain optimistic.

Tourism Dunedin chairman Barry Timmings said while last year was one of extremes - from the Christchurch earthquakes to the Rugby World Cup - "this year is shaping up to be better than the last".

The city was set to benefit from the growth in the Asian market, thanks to the arrival of new airlines through Air Asia X (Christchurch), China Airlines and China Southern Airlines (both Auckland), he said.

Speight's Brewery tour manager Chris Snow said he was pleased the tour improved on the previous year's numbers, with the latter half of 2011 recording double digit growth.

"The World Cup was great and September was fantastic. The people who were interested in coming to Dunedin to watch rugby are generally interested in a brewery tour, so we were quite lucky in that regard," he said.

In September, tour numbers increased 30% compared with the corresponding period last year, and 41% for November, and "these last few months for us have shown a great sign of improvement after a couple of flat years".

Also on the rise was the city's top paid tourism attraction, Cadbury World, which added 1000 customers in a flat year.

That increase was attributed not to the Rugby World Cup but the burgeoning cruise ship industry. The attraction recorded 20,000 customers in December alone, Cadbury World and Cadbury Events manager Kylie Ruwhiu-Rarawana, said.

The last six months of 2011 were also challenging, with business down between 8% and 10%, largely because the Rugby World Cup kept away the attraction's core market.

"However, I am optimistic.

The tourism market is showing some stability and getting back to last year's levels ... that is a really good sign."

Mr Bond believed the rapid growth in the cruise ship market came at the expense of a decline in the traditional coach tour market, and would affect some operators more than others.

One attraction that had felt the effects of the declining coach tours was Olveston, where numbers declined to 29,000 last year"Coach tours were badly affected by Christchurch. It has been the mainstay of our market but this is now moving to cruise ships,"

The historic home was marketed well, had an established name, and received good feedback but "if the people aren't there, there isn't a lot you can do about it".

Visitor numbers to the Dunedin Chinese Garden continue to flat-line, with a 9% drop compared with the previous year.

Manager Margo Reid said last year was a challenging one with fewer people travelling, and those who paid to enter the gardens spending less on the gifts or food and beverages available.

In addition, "the Rugby World Cup was not good for us, but the positivity for the city was as important as us doing well".

However, good weather and cruise ship visitors had improved numbers so far this year, and the reopening of the Otago Settlers Museum later this year was also expected to boost numbers, she said.

The Orokonui Ecosanctuary, which was officially opened in October 2009, recorded 10,075 visitors on guided tours last year and 3461 on education programmes.

Deborah Price, of Larnach Castle, said numbers there were down compared with the previous year, but the attraction declined to release its figures.

December was the first month that had been up on the previous year's figures, "and January is tracking this way as well".