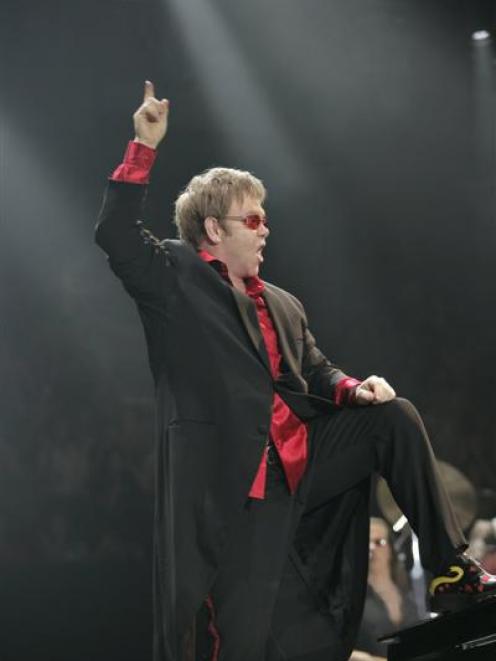 Promoters will decide on Thursday whether to proceed with a second Sir Elton John concert in Dunedin.

Capital C Concerts managing director Phil Sprey said he would wait until the last tickets had sold before negotiating with Sir Elton's management about a second concert.

"As of Thursday, the remaining tickets will be available nationwide and we're expecting most of these will be taken up pretty quickly by people out of Dunedin," Mr Sprey said yesterday.

"We won't make any call on a second concert until after the final tickets have sold out on Thursday.

"If we think there's enough energy and steam in it, then we'll go ahead.

"Otago Daily Times subscribers and Dunedin ratepayers still have a couple of days to take advantage of the pre-sale period."

The pre-sale period is also open to TicketDirect and MasterCard Applause members and staff of the stadium's naming-rights sponsor, Forsyth Barr.

"The majority of allocated seats have sold out and we've reached 90% capacity," Mr Sprey said.

The final allocation of about 6000 seats had been boosted by an expanded seating section.

"It's a new venue and, being a roofed venue, we don't need a marquee tent to protect the lights and equipment at the front.

"It means we can treat it as an arena," he said.

"So, we went to Elton's management and told them that it's opened up a big wedge of seating towards the west stand."