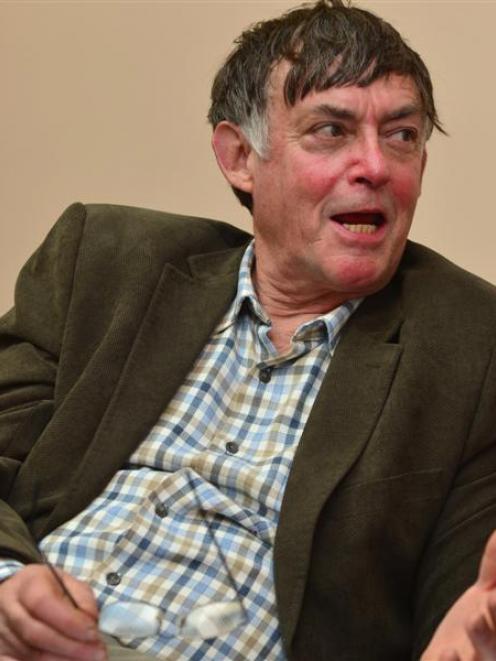 University of Otago Associate Prof John Knight.
New Zealand's reputation as having the best food hygiene standards in the world has gone ''down the toilet'' because of the Fonterra botulism scare, a University of Otago professor says.

Marketing Department Associate Prof John Knight, who has studied international crisis management, said the damage to New Zealand's reputation was not being helped by Fonterra's handling of the situation.

Before the scare New Zealand was regarded as having the ''highest hygiene standards in the world'', which was a vital part of the country's brand as an exporter, Prof Knight said.

''That was our reputation. It's gone down the toilet. This has undone decades of hard work,'' he said.

The damage would not have been as bad had Fonterra managed the situation better, he said.

''If they had released really accurate, precise information in the first instance, I don't think the fall-out would have been anywhere near as bad as this,'' he said.

The absence of clear and complete facts left room for speculation and hysteria.

''They should have recalled the product before they did anything and then made a statement about how well they handled the situation.''

In contrast, the company initially declined to say which of its customers had potentially contaminated product.

''You are left thinking 'these people are being evasive'.''

Given the lack of information, it was not surprising China had stopped some dairy exports and Russia had banned all goods made by Fonterra.

''I think it's an understandable reaction given the vacuum of information that's been created.''

Fonterra's handling of the situation was in contrast to the way it handled the 2008 San Lu melamine crisis in China, which was ''superb''.

In that instance, the company was ''up front and accepted responsibility''.

Prof Knight said the lack of information meant he was left not knowing whether the strain of Clostridium botulinum was one that was toxic to humans, as Fonterra was yet to reveal the specific strain that was found.

''There are seven strains of Clostridium botulinum, only some of which make a toxin that is harmful to humans,'' he said.