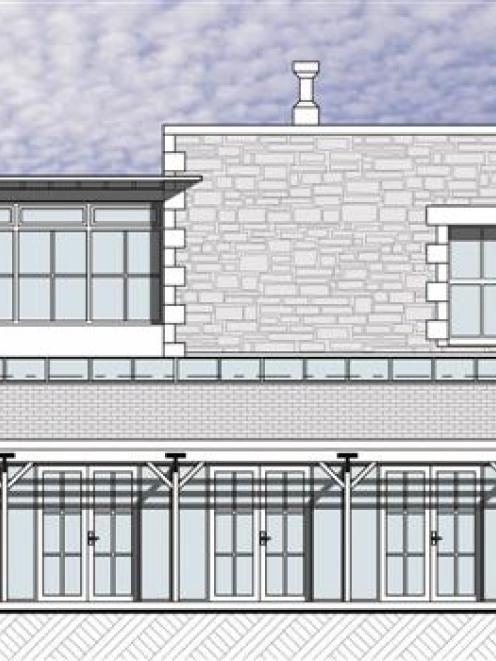 The museum has now raised more than $200,000 towards the project, having previously received a $125,000 grant from Perpetual Trust.

The redevelopment would give the museum for the first time an attractive, high-profile "shop window" near the busy Great King St-Albany St intersection, museum organisers said.

"It's the museum showing leadership in the preservation of built heritage," museum experience and development director Clare Wilson said.

The former post office building, which has category 2 heritage status, was a well-loved part of North Dunedin, and the redevelopment would significantly enhance the area's amenity value, she said.

Work on site is expected to start in August and be completed by Christmas.

A lift, new main stairwell and toilets will be added to the two-storeyed building, which dates from 1878.

Museum chief executive Shimrath Paul said the museum had planned to raise about $400,000 through community fundraising for the project.

However, overall conditions for fundraising were challenging and it was possible not all the money sought would be raised, he told an Otago Museum Trust Board meeting this week.

The basic three-level building for the museum's popular Tropical Forest facility was completed in 2005 and the facility subsequently opened in 2007.

Museum organisers said the museum would take a somewhat similar approach to funding the post office redevelopment as it had to the Tropical Forest facility.

The latter had been built by using an internal development fund, which had later been reimbursed.

In April the Dunedin City Council granted the museum a consent to undertake the post office refurbishment, including to add a single-level conservatory to the main building.

The project manager is Naylor Love and the architects are McCoy and Wixon.

The building is owned by the city council, which has granted the museum a 33-year lease.

The redeveloped building's first exhibition will open early next year. It will be devoted to Dunedin's architectural heritage, and will be jointly developed with the Historic Places Trust, organisers said.